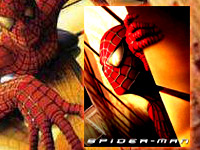 Spider-Man is a phenomenon. A bona-fide, honest-to-goodness phenomenon. Made for $139M, it has to date grossed over $383M, more than any picture this year or last. Raking in $115M, it set the non-holiday opening weekend box office record, but it did not simply eke out its victory. Spider-Man gathered $30M more than any picture had ever done, demolishing the idea that a $100M opening weekend was an impossibility. And it showed phenomenal staying power, setting records its second and third weekends, too. It now stands, barely two months after its release, as the fifth leading US box office draw of all time, ahead of such movies as Forrest Gump, Jurassic Park, and The Lion King. This performance raises an important question, especially for the Christian: why such a stir, especially among teens who make up the vast majority of its viewing audience?

No one would claim the special effects of the movie make it, well, special. They are well-choreographed and created, involving flying battles high above the streets of New York City, but with fairly standard “save-the-damsel-on-the-crumbling-ledge” and “save-the-busload-of-children” content reminiscent of Batman and Superman. While the stunt work on the movie is breath-taking—an art lost in many special effects movies today—this is hardly enough to raise it to such dizzying box office heights.

The success of other super-hero pictures has been attributed to the distinctiveness of their “bad guys.” Jack Nicholson as the Joker in Batman and Gene Hackman and his team in Superman arguably made those pictures what they were by adding a comic element to the frightful (Hackman in Superman as comic relief to the more sinister Terence Stamp and his Krypton-based baddies). While there was much more that made both Batman and Superman work, some critics felt that, if not for the innovative character of these opponents, both movies would have been in trouble rather than being the great successes they were.

But with Spider-Man, the opposite is true. Though Willem Dafoe does an excellent job as the Green Goblin, more than one critic has pointed out how silly his costume is, and how distracting the whole character is in its conception. Regular psychological battles with “the evil ‘goblin’ within” seem forced and confusing. Are we supposed to believe that Norman Osborn is basically a good guy who is changed by experimental drugs into the bad guy he becomes? If so, why is he so angry and ambitious before he takes the drugs? And what causes the changes back and forth; is there a reason for the timing of the effects that cause the Goblin to arise? Answers are not forthcoming.

One could argue that Spider-Man, through a combination of factors showing both talent and dumb luck, had so many things going for it that they simply all added up to a blockbuster film. A young actor (Tobey Maguire) and actress (Kirsten Dunst) who just happened to hit the crest of popular fame as the movie came out; the brash, yet sympathetic perspective of New York and its inhabitants (the entire movie is set there), aided, of course, by the events of 9/11; the familiar, but innovative special effects and stunts mentioned above; a script that has both action and romance—all these simply added up to a box office sensation.

But I think the answer lies deeper, somewhere within the soul of the youth of America. Spider-Man offers all the elements listed above, but it offers two things most movies today don’t, but should: a moral clarity and a call to self-denial. Stan Lee (the creator of the Spider-Man comics along with illustrator Steve Ditko), wrote in the New York Times when the movie came out that one of the reasons Spider-Man became such a comic book sensation was a lack of moral clarity, that he showed a super-hero who was unsure of himself and whether or not he was doing the right thing. This may be true of the comics, and is somewhat true of the film, but does not signal moral complexity. Spider-Man may be unsure of his motives and even his course of action, but there is never any question that there is a right thing or that its opposite would be truly evil. The only question is which direction is the right one, not whether or not there is a right one. This is illustrated dramatically when the Goblin supposedly puts Spidey in the unsolveable situation of having to choose between letting his girlfriend drop to her death or saving a cable car loaded with children, or vice versa. Spider-Man figures out a way to save both.

Though there is confusion concerning Green Goblin’s moral character, there is no confusion about Peter Parker, the nerdy kid who is bitten by a genetically enhanced spider and becomes the protector of the weak and disadvantaged. He loves his adopted parents (his aunt and uncle), has a crush on the girl next door, is a loyal friend, studies and works hard, and always tries to help his fellow students—in short he is very good. On the other hand, the very confusion surrounding the character of Norman Osborn (the Green Goblin) insures that the “bad” side of him is indeed wholly bad. Moral clarity is something for which kids yearn in their teenage world of change and uncertainty, and Spider-Man offers them a picture of it, one that looks very much like them.

The second aspect of this film that makes it attractive to teenagers is even rarer in Hollywood than moral clarity: the idea of self-denial. At the end of the film, Peter Parker can finally have the one thing he has wanted all his life, the love of his dreams, Mary Jane Watson. But he knows what she does not, that he is Spider-Man and that for her to love him, especially to marry him, would be for him to endanger her in ways that are unfair and irresponsible. As he walks away, rejecting her love and not even able to tell her why or that he wishes with all his might that he didn’t have to do so, the words—repeated often in the film at key moments—of his dead Uncle Ben ring in his (and our) ears: “With great power comes great responsibility.” Parker must suppress his own desires in service to the higher good of using his powers to fight crime and evil wherever he can.

It is a theme that one wonders Hollywood has not used more often; whenever it does, the potential for greatness results. After all, what makes Casablanca arguably the greatest movie of all time? A love deeply and passionately presented that is nevertheless denied because “after all the lives of two or three people don’t matter a hill of beans in this world…” In the world of 9/11, teenagers are crying out for models of self-sacrifice and moral certainty, and they find both in Spider-Man.

1. When Spider-Man saves Mary Jane the first time, he delivers her to a churchyard. When Aunt May is attacked but not killed by the Green Goblin, she is kneeling by her bedside, reciting the Lord’s Prayer. What other religious elements are in this film? What is their significance? 2. What do you think of Peter Parker’s reluctance to speak in the movie? Is it always the right thing to do? Why or why not? 3. What do you think of the movie’s tagline: “With great power comes great responsibility”? How does Parker come to realize the weight of that truth? 4. Which character, other than Peter Parker or Mary Jane Watson, is the most appealing to you? Why? 5. Neal Gabler has written that the main attraction of teenagers to Spider-Man is the movie’s transformation of a nerd into a super-hero. What do you think of this thesis?