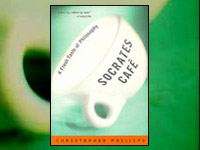 There is a danger in both Christian families and Christian schools that indoctrination is taken for education. Nothing could be farther from the truth. One’s convictions cannot be coerced. Instead, they are ultimately based on what we love and best learned in an environment of trust. Too often family dinner tables, Sunday schools, and Christian school classrooms are only one-way conversations—telling at the expense of listening. As such, many Christians have never learned the intellectual discipline of asking questions. Yet an educated mind begins with a questioning mind.

One of the distinctions of the school where I teach is its commitment to allow students the freedom to express their uncertainty. The policy manual reads, “Students are treated as young adults and are encouraged to develop their own convictions. This will inevitably mean that at times students may challenge their parents’ beliefs and question their own. The school seeks to create an environment where students are able to respectfully raise honest questions and express doubts within a community of loving acceptance and intellectual inquiry. Our community is committed to the pursuit of truth. Convictions are to be held and beliefs maintained on this basis alone.”

There are obviously many reasons why a person becomes a Christian. We all have our stories. But ultimately, Christianity is to be believed because it is true. It is True Truth, as Francis Schaeffer used to say. More than true for me; rather the truth of reality. But to recognize this, one must first learn to ask honest questions.

To this end, I teach Plato’s Four Dialogues, also known as The Trial and Death of Socrates, to seventh grade students. We seek to learn the art of questioning. There is no doubt that Socrates was a master questioner. The Socratic method is a powerful tool for sharpening our thinking and exposing what we don’t know. It is a powerful pedagogical tool but a disastrous epistemological one. This contrast is revealed in Christopher Phillips’ new book, Socrates Café: A Fresh Taste of Philosophy.

Christopher Phillips is an intriguing person with a fascinating mission in life. He hosts Socratic dialogues. National Public Radio has called him the “Johnny Appleseed of philosophy.” Phillips travels the country holding conversations in coffee houses, bookstores, senior centers, elementary schools, prisons, and yes, even in universities. His aim is to bring probing conversations about the important questions to common people. This book is the story of how he began and a chance to listen in on these Socratic Cafés.

Christians are suspicious of a “skeptical mind.” We don’t doubt well. We tend to prefer compliance and conformity. The net result is that we tend to prefer ignorance. We rarely ask “Why?” Our convictions are too often based on social conformity rather than personal reflection. We say we are concerned about truth. But we do not pay the dues truth demands.

Coleridge warned, “He who begins by loving Christianity better than truth, will proceed by loving his own sect or church better than Christianity, and end by loving himself better than all.” Evangelicals create seeker-friendly churches, often without the humility of being seekers of truth themselves. Thus there is much we can learn from those who have developed questioning minds. Christopher Phillips is such a person. When, for example, have you reflected deeply, or a had a sustained conversation on matters that matter, but we take for granted? Consider the questions Phillips asks in the Socrates Cafés: What are the Big Questions and what makes them so? What is a question? What would life be like without questions? Why am I here? What is home? Where am I stuck? What is a friend? What is wonder? What is silence? What is old? Am I asking the right questions? What am I meant to do? What is love? What is what? Why ask why?

Socrates claimed that an unexamined life was not worth living. If we live without consideration of its destination, and whether the road traveled will get us there, then we are fools and not wise. Or as Jesus asks, “What good will it be for a man if he gains the whole world, yet forfeits his soul?” The greatest danger of truth is not falsehood, but diversion and indifference. The most important thing is to ask “Why?” As Nietzsche wisely observed, with a “why” one can endure any “what.”

We need Christopher Phillips, for we need Socrates. Evangelicals need the Athenian Gadfly once more. We need our shallow pretentious self-confidence humbled. For humility is the beginning of knowledge. Only when we realize that we don’t know are we ever ready to learn.

We also need to learn how Socrates interacted with people. The secret of Socrates’ instruction was that he was able simultaneously to engage the minds and the hearts of his listeners by confronting their errors from within rather than from without. Let me explain.

First, Socrates always showed his opponents deference. By putting himself in the position of the learner rather than the teacher, he avoided raising in his opponent feelings of suspicion or defensiveness. “Rare friend!” Socrates says to Euthyphro, “I think I can not do better than to be your disciple.” The first lesson of Socratic argument is: Never put your opponent on the defensive. It is this open attitude that Phillips brings to his discussions. Intellectual seriousness is coupled with a disarming relational sensitivity.

Second, Socrates sought to frame the discussion in such a manner that his opponents took ownership of the points being made. The goal was for it to become their argument, not his. He consciously avoided adversarial language and sought to position the discussion as two fellow seekers of truth. “Come, then,” Socrates says in the midst of a dialogue, “and let us examine what we are saying.” He keeps his arguments short. There are no long speeches that pile up fact upon fact and reason upon reason. Rather it is with patient step-by-step agreement that Socrates leads his opponent to face his own inadequacies. The second lesson of Socratic argument is: Encourage your opponent to make the argument his or her own. The Socrates Cafés demonstrate that we are far better talkers than listeners. Yet it is listeners that control a conversation.

Third, Socrates called his opponents to a higher standard of truth and integrity. Rather than implying that he was right and his opponent was wrong, he called for his opponent to help him find the truth so that both could live more consistently. Socrates made the search for truth a shared task. Socrates was not a sophist or relativist, happy to win an argument merely on personal opinion or force of rhetoric. He responds to Euthyphro, “I have no particular liking for anything but the truth.” The third lesson of Socrates is: Seek a shared higher standard.

Sadly, it is here that Christopher Phillips fails. The Socrates Cafés are based on a postmodern epistemology. There are no gods or God to appeal to. There is no Oracle at Delphi that establishes the ground of wisdom. In the hands of Phillips, “The Socratic method is a way to seek truth by your own lights.” For Phillips the questions are the end not the means to an end. As Francis Schaeffer wisely noted, “If the search for truth is the goal, then you’ve found it. There is nothing more.” It is truth that we must love. It is truth that we must seek. The questions, however important, are only the means to that end. To love the question is to be shackled by an inferior love.