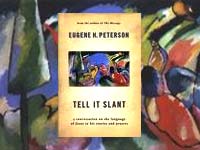 When I was twenty-five years old and a graduate student in Baltimore, I entered Johns Hopkins Hospital for surgery on my knee. An old athletic injury, a torn cartilage in my knee, had recently been getting increasingly inconvenient and painful.

I was happy with the prospect of walking pain-free in a month or so. But then, while still in the hospital, I contracted a staphylococcus infection that nearly killed me. The knee healed within the prescribed month; the infection held on stubbornly for eighteen months. In those eighteen months I lost twenty of my 160 pounds under the assault of a series of boils up and down my back that put me in a league with Job.

In the course of being treated for my infection, I learned a new word from my surgeon: iatrogenic. I became very fond of the word and used it every chance I got. Iatrogenic refers to a disease or illness that is contracted in the process of being treated by a physician. The physician treats you for one sickness, but the treatment, while healing you of that one sickness, makes you ill with another. Iatros, physician (or healer); genic, origin.

The Christian church is a Holy Spirit-formed community where salvation is proclaimed and sins forgiven; men and women are redefined by baptism in the company of Father, Son, and Holy Spirit; a life in Christ is formed; a eucharistic-shaped worship of God is enacted; and a holy life is practiced in a world of suffering, injustice, war, despair, addictions, and sin, both blatant and covert—a world at odds with both neighbor and God. It seems like quite a wonderful thing. It is a wonderful thing—all these people getting a taste of new life, Real Life, “ransomed, healed, restored, forgiven,” and finding themselves participating in the holy operations of the Trinity.

But it doesn’t take long for those of us who are in on this to realize that this new life isn’t a finished life but a life in process. Many of us are slow learners. Many of us hang on to selfish immaturities for as long as we can, unwilling to grow up. Others of us slip back into old habits of disobedience as we look for shortcuts to holiness. Still others experiment with ways in which we attempt to stay in control of our lives and manipulate God to do for us what we can’t do for ourselves. Not a few of us keep trying to find a way to deal with God without having to pay attention to our neighbors. When we take a good, long look at any congregation we see that most of the spiritual sins, moral and emotional, and the social disorders rampant in the general population continue to make their way, sometimes even flourish, among the elect.

But there is one form of sin that flourishes in religious communities in ways hardly possible outside of them—it begins in places of worship. Religious communities provide the conditions for this spiritual disorder, this sin, far in excess to what is provided in the secularized world. The common name for the sin is self-righteousness. In order to take root it requires the soil of a community in which righteousness is honored and pursued. Without a community in which righteous ways are practiced, self-righteousness would not be possible… unlike the sins that are commonly noticed and repented of by a worshiping congregation, self-righteousness is almost never recognized in the mirror. Occasionally in someone else, never in me.

This phenomenon is so common, so damaging, so unnoticed much of the time, and therefore unremarked other than in its stereotyped cartoon forms, I thought it required a special naming, “eusebeigenic,” to call attention to it. I am forming the word on analogy with the medical term, “iatrogenic.” The Greek word eusebeia means godly, reverent, devout. It describes a person who is living a godly life, full of faith and obedient before our Lord: righteous…

But here’s the thing: these people who are characterized by eusebeia are in a position to sin and cause others to sin in ways that non-eusebeia people—the people who couldn’t care less about righteousness but are unapologetically out for more money, more pleasure, better sex, and a secure retirement—can’t do. In other words, there are some sins simply not accessible to the non-Christian, the person outside the faith. Only men and women who become Christians are capable of and have the opportunity for some sins, with self-righteousness at the top of the list. Both capacity and opportunity for self-righteousness expand exponentially when we become openly professed Christians living in what we have all been told is a Christian country…

The best protection against eusebeigenic sin is an acute awareness of our lost condition in which we so desperately and at all times need a Savior. But that is a difficult awareness to maintain when we walk into our workplace in a fresh cotton dress or a coat and tie and are greeted with “Good morning, pastor,” or “Nice to see you, doctor,” or “I just read your latest book, professor—you sure got it all together in that one.” How do we cultivate a sharply imagined realization of “nothing in my hand I bring, only to the cross I cling” while in the other hand we are carrying our university diploma or Sunday school lesson plan or latest job assignment to lead a mission trip to Zimbabwe? After all, we are Christians, with credentials as Christ’s chosen witnesses!

Eusebeigenic sin is difficult to detect because the sin is always embedded in words and acts that have every appearance of being righteous, eusebes—godly, devout (in Hebrew, tzadik). Just as iatrogenic illness is most frequently picked up in a place of healing, a hospital or clinic or physician’s office, eusebeigenic sin is most often picked up in a place associated with righteousness, a church or Bible study or prayer meeting.

Excerpted from Tell It Slant: a conversation on the language of Jesus in his stories and prayers by Eugene H. Peterson (Grand Rapids, MI: Wm. B. Eerdmans Publishing; 2008) pp. 85-89.