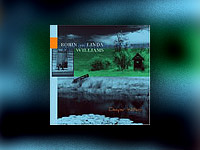 We spake of many a vanished scene,
Of what we once had thought and said,
Of what had been, and might have been,
And who was changed, and who was dead.
~Henry Wadsworth Longfellow

It happens gradually, imperceptibly, but it happens. One day you awake to the realization that you have entered the autumn of your life. Membership in the AARP begins to seem like a sound investment.

Aging is not something Americans do well or with much grace. I grew up in a Confucian society where the adulation associated here with youth was placed on the oldest members of society. Elaborate celebrations are associated one’s sixtieth birthday —when one is publicly given the status of elder statesman. Entering a store after years of being a way, an old Korean friend greeted my mother, “My, how old you look!” which was a high complement. However strange this sounds, it has much to be commended.

Within the next ten years the baby boom generation will be entering its retirement years. This demographic shift will place a heavy burden on Social Security and health care costs. But it also brings the potential of perspective, of honoring the wisdom that the road long traveled brings. It is such wisdom that is expressed in Robin and Linda Williams’ latest CD, Deeper Waters (2004).

Robin and Linda Williams are journeymen songwriter singers. For the past thirty years, this husband and wife team has made a living less off of hit CDs as intimate performances in clubs and coffee houses across the nation. A solid fan-base has grown up with them from their frequent performances on “A Prairie Home Companion” to “Austin City Limits.” There is in every town an underground acoustic music world of honky-tonk, folk, bluegrass, gospel, and non-commercial country. It is here that the Williams’ make their musical home. Robin told Kerry Dexter in Folkwax, “We’re not a bluegrass band, we’re not a country band, we don’t play just old time music, even though Linda is a great old time banjo player. It used to bother me that no one group accepted us with open arms, but you know, we’re really a part of it all.” It is “roots music,” writes John Lupton of Country Standard Time, music that goes deep into the soil of the traditional American soul. And it is because of its honesty and depth that it touches listeners so powerfully.

Deeper Waters is their seventeenth album and their first with Minnesota’s Red House Records. It is also widely acknowledged as their finest CD and a perfect way for new listeners to discover an American musical treasure. Deeper Waters includes appearances by Mary Chapin Carpenter, Iris DeMent, as well as the William’s Shenandoah Valley neighbors Sissy Spacek and her daughter Schuyler Fisk. But it is the songwriting talent of the Williams’ and their richly harmonized voices, blended through years of musical companionship that makes this album the high watermark of their creative oeuvre. The Williams are the embodiment of Aristotle’s definition of friendship: “One soul in two bodies.” You hear it in their music and it is something unique—a genuine expression of aural love—a marriage in sound that has endured, weathered the years to form a work of art itself.

I never chose the traveling life
‘Cause I had no choice when you came my way
I was born to be by your side
Couldn’t let you go, couldn’t make you stay
So we’re here and there, we’re there and gone
Forever passing through
Riding on the wings of some old song
We hold on tight, me and you

Every now and then, you run into someone who is “real.” They are rare. They are often wise, deserving our attention. The Williams are about as real as a couple can get. Here are some of the Williams’ lessons about life’s autumn.

Attend the Details
In their song “October Light,” Robin and Linda sing of their habit of walking up the hill behind their Virginia log cabin to watch the sunset together. With a schedule that places them on the road for much of the year, these quiet moments carry added meaning. The stage lights are exchanged for the setting sun in all its simple splendor.

There is much that we miss in the hurried pace of our lives. Didn’t our mothers tell us to stop and smell the roses? A sentiment we much admire but little practice. But there comes a time in one’s life when one realizes that “November’s chilling bite is waiting on the other side of this October light,” and we begin to attend. We strain not to miss a single ray. We savor the things that matter most and are easily overlooked.

Accept the Losses
Time wears lines into faces. Over time the inevitable harshness of life reveals itself to everyone. Life brings a melancholy realism to all our fragile aspirations. In their song, “Leaving This Land,” the Williams sing of the loss of the quintessential American dream —leaving the family farm, losing the family home, and more commonly losing the family itself.

One can play the victim and be frozen in time or as the song suggests, move on: “It’s time for us to turn the page on the sorrows of this sorry age.” Lost dreams are a part of life, but they need not define us.

Embrace Depth
But just as many become defined by their losses, so too many accept the status quo of relational shallowness and hypocrisy. The song from which the album receives its title is “I’m Just Glad You’re Gone.” Filled with the remorse of lost love, it suggests that there is potential growth from such losses. Bad relationships need not follow bad relationships. One can get healthy and see things for what they are.

You’re a taker, you’re a user
You’re time I wasted on a loser
First I was sad, then I got mad
At how you done me wrong
But now I’m just glad you’re gone

It’s not bitterness that animates this song, but the realization that there is more to love and life than superficiality, masks substituting for vulnerability.

There is deeper water—relationally, spiritually—and yet we often follow shallow dreams that feed our shallow souls. But change is possible; depth can be embraced. The autumn of life brings to many the realization that life has become a meaningless facade. The change that comes, even with pain, is sometimes an awakening to new realities one never dared dream possible.

Celebrate Spontaneity
In a musical world of pre-packaged, lip-synching slickness, there is something refreshing about the bluegrass, folk world. Here the musicians are accessible—not surrounded by bodyguards and paparazzi. It’s not uncommon at a bluegrass festival for musicians to informally jam with budding musicians in the audience. The music becomes the spontaneous glue of a shared community. It is this aspect of the folk music scene celebrated in the song, “Old Plank Road.” It too is an actual snapshot of the Williams’ Virginia life. And the song carries the authenticity of the experience by including as musicians and vocalist other gifted professionals as well as neighbors and friends.

Charlie you’re a good old boy, Charlie you’re
all right
Charlie open up the store, we’re coming
down tonight
Out where you can see the stars and the
living’s slow
We’ll eat potluck and pull guitars down on
Old Plank Road

Here the community of musicians celebrate the spontaneity of informal jamming—where friends join in to make music together. There are few experiences more rewarding and deeply human. Most of us don’t have friends like this. Most of us don’t give the gift of unhurried time. But as we age, the doing tapers off and it is being that matters most. Our souls long for the unplanned, the unrehearsed, the really real. Here’s relational music, soul music, music that has been the emotional center of tribes and clans since the beginning. We lose it at our own peril.

The Investment of Love Makes the Home
These modern vagabond musicians, a husband and wife team who have lived on the road for over thirty years, teaches us what we instinctively know, that home is the place or thing where love has been invested. Linda sings of a quilt begun by her Alabama great-grandmother, Willie Brown. It represents more than cloth and thread, it’s love woven into the fabric of every stitch.

Only the face was handed down
Of this frayed old patchwork quilt
From my grandmother’s mama, Willie Brown
And it was just like her, no frills
She sewed feed sack scraps
Into the Double Wedding Band
I was years putting on the back
But I quilted every stitch by hand

“Home,” Linda concludes, “is any place my love goes, home is where my heart can rest.” We make lots of investments in our lives. In the end, it is the investments of love that remain.

Relationships Remain Forever
More than mere romantics, the Williams place the heart’s longings in the light of eternity. The son of a Presbyterian minister, Robin grounds his life in the gospel message and in the reality of heaven. This is clear in their beautiful gospel song, “Saving Me A Place.”

The list of loved ones who have gone every
year grows longer
And everyday that I live on my ties to them
grow stronger
I long for family and friends, to see some
long lost face
But I know at my journey’s end, they are
saving me a place
At a table bright with candlelight and
linens edged with lace
The ones so dear from my time down here
are saving me a place

Years ago I remember being puzzled by an older gentleman stating that the first thing he reads in the morning paper is the obituaries. At Deerfield Academy, the historic New England prep school, as athletes make their way to the practice fields, they pass by the school cemetery where weathered markers to dead alumni and past tutors are a constant reminder of the seasons of life. Youth with their vitality and vision in full flower would grow a bit wiser if they pondered these surroundings. For here in these stones as in this album are found the deeper things that make life in all its seasons truly worthwhile.