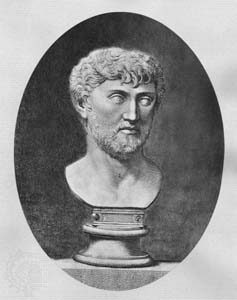 There were certain ancient schools of thought, particularly Stoicism and Epicureanism, which could not be fully embraced without abandoning some fundamental Christian principles. Again, this is not to say that every Renaissance humanist who delved into Stoic and Epicurean texts necessarily turned into a skeptic and atheist. John Calvin immersed himself in Stoicism, and Thomas More in Epicureanism. But not everyone reacted to these ancient traditions as did Calvin and More, who embraced what was compatible with Christianity and rejected what was not. Some intellectuals accepted these ancient philosophies with varying degrees of enthusiasm, even to the point of accepting propositions that were incompatible with Christian faith. Given that no one in the sixteenth century could abjure their Christian faith publicly and survive, all who gravitated toward these ancient non-Christian worldviews had to do so as stealthily as possible, and as a result this sort of neo-paganism tended to be subtle rather than overt. But the subtlety of its adherents—among whom there was no uniformity or cohesive agenda—did not lessen their eventual impact on Western culture.

A case in point is that of a single Epicurean text recovered in the fifteenth century: On the Nature of Things, a poem by Lucretius, written in the first century, about two generations before the birth of Christ. This text, which had been lost for nearly a millennium, was discovered in a remote monastery and set into circulation by the humanist Poggio Bracciolini (1380-1459). Until then, Lucretius had been known only through descriptions by other ancient writers. In the Christian tradition, he had been dismissed by St. Jerome in the fifth century as a bad poet who had killed himself after being driven insane by a love potion. Once he was brought to light again, however, Lucretius proved Jerome wrong. Those who read him, first in manuscripts and eventually in print, could not help but notice that Lucretius was far from mad, and that he had a lucid and rational understanding of reality that was radically different from that of Christianity, and utterly incompatible with it:

-Everything is made of tiny invisible particles (atoms) that are immutable and indivisible.
-These elementary particles are eternal and infinite in number.
-The particles are in constant motion in an infinite void.
-The universe has no creator or designer, no beginning or end, or purpose.
-Everything comes into being by random chance, from the motion of these atoms.
-Nature is an endless process of trial and error, and a battle for survival.
-Humans are far from unique and as inconsequential as anything else that exists.
-The soul is material and dies with the body; therefore, there is no afterlife.
-All religions are delusions, mere superstitious projections of our fears and desires.
-All religions are cruel and a source of anxiety.
-Immaterial spirits do not exist: there are no angels, demons, genii, nymphs, or ghosts.
-The highest goal of life is to enhance pleasure and avoid pain.
-Delusion is the worst of all obstacles to pleasure, greater even than pain.

In some ways, this materialistic atheism resembled that of the unscholarly valentones [“tough ones”] later executed by the Spanish Inquisition, but it was more systematically expressed, with greater attention to detail and cogency. Unlike the valentones, whose unbelief tended to be inchoate and beyond analysis, Lucretius had a well-developed epistemology that resembled that of modern empirical science and had a curiously religious quality to it, as does the “new atheism” of the early twenty-first century—that very same ethos that led the ancient followers of Epicurus to call him a savior (soter). As Lucretius saw it, disciplined observation and the use of reason could lead to a thorough understanding of everything in the universe, and the information gathered by the senses always trumped all other claims to authority, no matter how venerable or muscular.