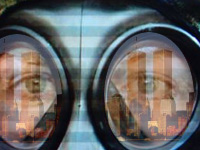 Since 9/11 our country and our churches have once again been interested in just war theory. Since the attack on the World Trade Center and the Pentagon, America has bombed Afghanistan, is now talking about the possibility of an attack against Iraq, and recently admitted using a precision missile to take out a car in which an al-Qaeda operative was riding. Christians believe that though citizenship is part of the calling of every believer, our commitment to the truth and kingdom of God must take precedence over our patriotism. “My country, right or wrong” is not a slogan the believer can adopt. We would be wise to reflect on these issues with care, being careful that the surge of patriotic feeling not keep us from thinking in clear, biblical categories.

Just war theory was originally proposed by Augustine, the early 5th century theologian who served as bishop in the city of Hippo in North Africa. First Things summarizes just war theory thus: “the criteria of the just war are divided into two categories. The first have to do with the reasons that justify going to war, and the second with how a just war is to be conducted. According to the first set of criteria, a just war is defensive, aimed at protecting the innocent against unjust aggression. It must be undertaken with the right intention of establishing a just peace, and a reasonable expectation that the means employed will be proportionate to the ends sought. A just war is a last resort, undertaken when it is reasonably determined that there are not alternative ways to resolve the conflict, and when there is a reasonable probability of success in achieving the aims of war. The second set of criteria is quite distinct. [T]he criteria are essentially two: proportionality and discrimination. The first requires the use of no more force than is necessary to vindicate the just cause. The second pertains to what is called ‘noncombatant immunity,’ meaning that there must be no intentional killing of innocent civilians.”

With all the talk of war—and just war theory—in the news, this raises some questions for discerning Christians.

1. Do you accept just war theory as a sufficient guide for Christian thinking about war in a fallen world? Why or why not? What other theories have been proposed? If you accept just war thinking, is your understanding of it developed enough to be capable of applying it to American foreign policy?

2. Some Christians argue that war can not be reconciled with Christ’s call for us to love our enemies. Or the fact that not only did Christ never teach that a legitimate response to evil in the world is to eliminate it, he submitted himself to be tortured and killed by an unjust state power. How would you respond?

3. John Chrysostom (345-407), the late 3rd century bishop of Constantinople said this to his people: “So long as we continue to behave as sheep, we are victorious. Even if ten thousand wolves surround us, we conquer and are victorious. But the moment we become wolves, we are conquered, for we lost the help of the shepherd. He is the shepherd of sheep, not of wolves. These are his words: ‘Do not be troubled that I send you out in the midst of wolves and tell you to be like sheep and like doves. I could have done just the opposite, and not have allowed you to suffer any hurt. But I chose a better way. My way makes you more glorious and proclaims my power.’ These were his words to Paul: ‘My grace is sufficient for you, for my power is made perfect in weakness. That is the way I made you.’” Does this conflict with just war theory? Why or why not?

4. Will our claim to be concerned about a just war be convincing if we are not equally involved in working for justice in other ways (e.g., economically, for oppressed peoples, caring for creation)?

5. Is a nation bound by the just-war criteria if it is obvious that her enemies are not? If so, could a war be won that way? An underlying assumption in just war theory is that it is better to lose a war righteously than to win a war unrighteously. Do you agree? Why or why not? Do America’s military strategists ever think in such terms? Does the Christian respect for the gift of life, and the belief that every life is sacred transcend the borders of a nation? Related to that, is it “Christian” to mourn only the loss of American lives?

6. Is it a Christian priority to be the richest and most powerful nation, militarily, on the planet? Is Mark 10:42-45 relevant for this discussion? Why or why not?

7. To what extent is it appropriate to use the Christian just-war tradition to justify the military actions of a post-Christian nation? What problems or issues might this distinction require that we keep in mind? Would the U.S. ever decide not to engage in a war if Christians thought it unjust? Are American goals in Iraq, and in the war on terrorism, solely for the protection of the innocent? Why or why not? How should the answer to these questions shape the application of just war theory to American foreign policy?

Just war theory summary from “In a Time of War,” an editorial in First Things (December 2001).