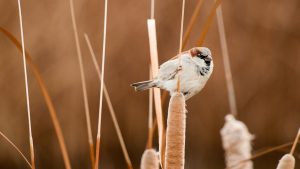 The sky held a smokelike hue
as the simmering substance of fire began to arise,
sculpting away vagueness, uncloaking ambiguities,
gathering the world to itself once again.

Fingers of light began molding the clay of creation,
shedding away its dark chrysalis,
awakening definition, apportioning out boundaries,
ordering surfaces to reveal their textures,
commanding forests, mountains, and meadows
to manifest their secrets
while banishing darkness back
into patterns of shadow.

Morning light sheared bark over bole and branch,
unmasking their rough, shimmering intricacies
while shining over great gatherings of leaf,
veined and verdigris.

Colors were coaxed, emerging into vividness,
and harmonies lifted
from the depths of dissonance
as revelations of sweetness appeared in bushes and trees.

Blades of grass became luminous.
The source of a few scents,
dogwood, honeysuckle, and hyacinth were revealed
while horsetail and ragweed, wind-trembled,
plumed their seed.

The wing-beats of fleeting bird shapes were converted
into hungry sparrows, vivid blue jays
and the coppery-breasted robin
stabbing for thick worms
oozing up from green, dew-sodden earth.

In a hazy, orange-tinged room,
shapes were being unfurled and carved into clarity,
even a formless soul,
his cloudy, drowsy-lidded eyes now open,
blinking, unveiled
before the coming of a new world.

Photo by fred A on Unsplash