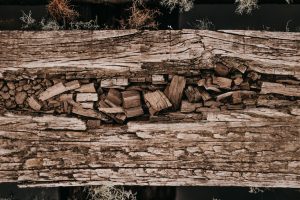 It is said, the end of a thing is in the beginning.
There were angels in both places:
at first they frightened shepherds;
at the end, angels hid their faces.
There was wood: a silken worn stable;
later, a raw, splintered cross.
There was a mother, frightened, pale, in pain
who melted at the wonder of God in flesh.
I wonder if she later froze seeing
her son’s flesh beaten and staked.
Heaven gifted her a child
and hell tortured heaven’s gift.
Legend says a donkey brought him to his birthplace;
Scripture records a donkey bore him to his death place.
A high priest praised and prophesied;
high priests betrayed and reviled.
Great rulers came first to worship.
Great rulers came last to mock.
A young father watched and prayed in Bethlehem;
An eternal Father forsook in Jerusalem.
A child was saved while innocents were murdered;
a man was murdered for innocence to be saved.
A life ended in death
so death would be ended—
And all could be reborn.
He who descended in frailty
ascended in victory
And He will come again.

Cynthia Storrs currently writes near Nashville. She considers herself an amateur at yoga, poetry, and literary criticism, but an authority on Belgian chocolate.

Photo by Jonathan Borba on Unsplash