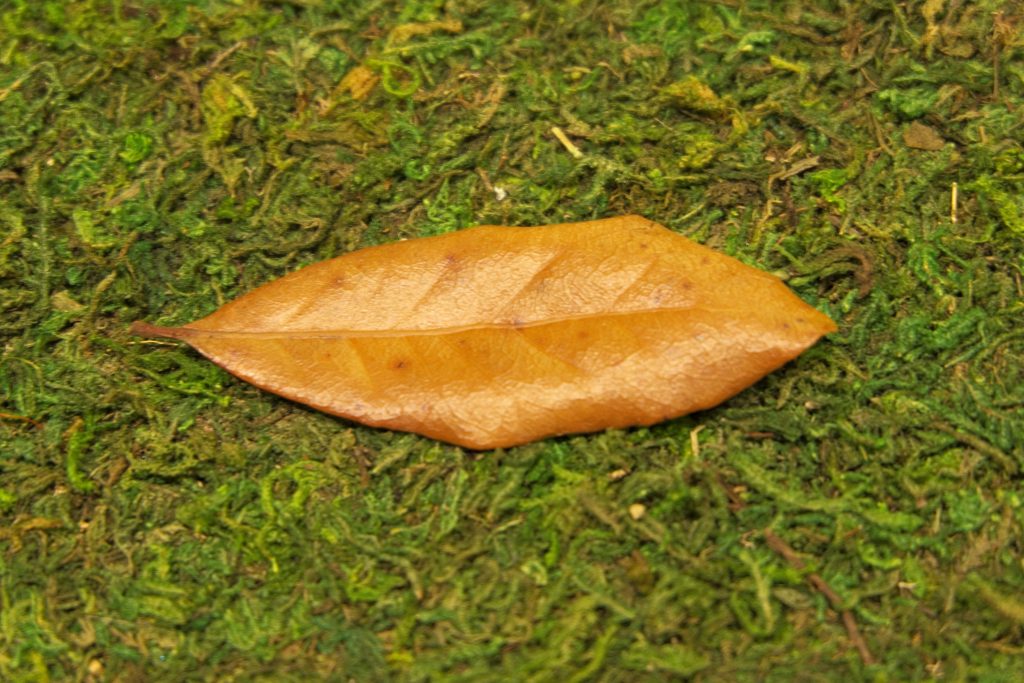 A poor outline of parched lips.
A blunt spearhead, blood-rusty and brittle with age,
long past its ripeness to pierce someone’s side.
The slender fragment of an old map
printed with the topography
of a far, famine-smitten country,
one ancient riverbed running its length
with branching, thread-veined tributaries dry,
brownish-red runnels brittle, blocked
with the petrified dust of sap.

It still retained a dull luster,
embalmed—the glaze of death
over the lineaments of surface,
the underbelly grainy,
lacking in the gift to grasp light.

Stem like a heart, darkened—
a channel drained and withered,
choked with plaque.
Blackish spots like tumors blossoming,
furthering its flowering into decay.

In my fist I grind it,
rubbing the pieces between my fingers,
sifting the chaff,
culling the grist
before scattering it
as if seeds to be sown
over the thistle-rich earth.