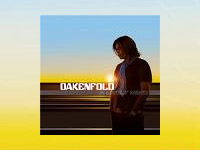 Social Implications
“I’m an infant in the ‘artist’ world, weaned and ready to blossom.” Not typically the words you’d expect to hear from a Gold record selling and world renowned musical icon. Yet, for Paul Oakenfold, this is the case. His recently released A Lively Mind is the second of his solo ‘artist’ albums and is a conglomerated mix of his entourage of house music, dance club, and trance ‘four to the floor’ kick drum cadences that will keep you tapping that toe loud and proud in the quiet still of your cubicle lives. The iconic record producer and Disc Jockey (DJ) is one of the greatest artists you think you’ve never heard of but you couldn’t get away from if you tried.

His latest concoction …Mind, is a fresh 12 track amalgam of cool and wicked-awesome. Recorded at Stamford Bridge Studios in L.A. and Thunder World Studios in London, it is mixed by Paul Oakenfold and Ian Green with master work by Mike Marsh, as well as album cover work that’s reminiscent of Texan movie Director Richard Linklater’s movies Waking Life and A Scanner Darkly, with photography by Olaf Heine and illustration by Amy Dresser. Released by Maverick, a Warner label “previously owned by Madonna” …Mind is exactly that, lively!

The album features a stellar track 1 and single entitled, “Faster Kill Pussycat” which has a unique derivative residue, though not deemed intentional, to Russ Meyer’s cult classic movie Faster, Pussycat! Kill! Kill! (1965); this inimitable musical nugget features Robert Rodriguez’s movie Sin City femme-fatale Brittany Murphy and has reached the top of the Billboard Hot Dance Club Play chart. With remix credits from musicians U2 to Madonna to New Order to The Cure to Arrested Development and Massive Attack, Oak and his astral label Perfecto Records are amongst the best and most consistent at churning out fan base and success. With the famed Movement 98 and the Goa Mix in his arsenal of repertoire, Oak has established himself as one of the kings of the club.

His work on prevalent movies like Swordfish, Matrix Reloaded and Collateral and his revamping of theme songs like James Bond and Transformers: Cybertron are incendiary gems. The album features contributing artists Brittany Murphy, Spitfire, Pharrel Williams, Ryan Tedder, Grandmaster Flash and Bad Apples with Ian Green and Oak having their hand in the entire pot. With the highly exploited, “Ready, Steady Go” from his previous album, which has been featured in everything from the movies Collateral and The Bourne Identity to the ABC television drama Alias and commercials for automotive Inc. Saab, …Mind builds on previous success with resounding potential and has plenty of line to reel you in on. From Spitfire’s “Feed Your Mind” to Grandmaster Flash’s “Set It Off” this album thrives. With approximately 19 albums to his credit in his short but ripe career and a plethora of singles and remixes to boot, the question isn’t what can you say, but what can’t you say!

Philosophical Implications
Yet, this is an album of wonder, the kind that heartily purges the true intentions of how we interpret music. I mean, how do we approach music that has minimal to nil lyrics? Do we look then at the cultural context, the individual and their artistry as well as their intentionality? How do we feel about the music of Beethoven versus Bach? Let the inquisition begin?

I once asked one of my graduate professors what the significance of art and the act of human creation was. The answer was simply and profoundly, as created beings made in the Creators image, our creations are truly a reflection of our innate design and inclination to create as we have been created. We validate our God’s creativity and in perhaps some silent way, overwhelmed by grace unbeknownst to us, grope for hope and redemption when we create. We unknowingly bare the glory and image of our triune God. Now here is where intentionality determines the direction and perhaps theological value of an artist’s creation.

In the case of Paul Oakenfold we have undoubtedly one of the worlds most renowned DJ’s whose work typifies the modern dance club. He offers a multi-layered creation of rhythm and only the album title and track titles convey any sense of theme that is overt and direct aside from what tracks do contain lyrics. That in juxtaposition to that fact that he has created these mixes in collaboration with other artists with their own story and influence. We get stories without words, a silent film or pantomime of sorts. Now, he isn’t completely lyrics free but essentially. In order to determine the intentionality we’d have to go deeper into the social realms and roots of dance club electronica and Oakenfold. It’s here that we must consider the vast impact of this man and his ubiquitous impact in our popular culture and perhaps a spin or two of his work can begin us.

Oakenfold is an ambassador of sorts for a culture that is inebriated with personal happiness and pleasure. This oozes with notions of similarity to Paul in his last letter to Timothy, “…there will be terrible times in the last days. People will be lovers of themselves…of money…ungrateful, unholy, without love…lovers of pleasure rather than lovers of God…” Of course it was Paul’s own day that was of direct concern and implication. Here, as it was then, lies the subtle cancer that besets the world, the Church and our culture, “a form of godliness”. It’s so often the subtle association of godliness not overt paganism that presents implicit danger. We can’t get away from the impact and tremors of popular culture influence and the questions and means to understand are slippery and meandering, but this is our great gospel call. So, may God offer us boldness and peace of mind as we attempt to offer grace to a culture of which we are not merely in view of but apart of.

1. “You get what you want, with your lucky eyes. Those high heels are not your friends. Honey you know where the world is at. Come home with me when the party ends. You turn me on.” (Faster Kill Pussycat) This is a profoundly popular song featuring actress Brittany Murphy. What, if any, significance do you give to these lyrics? What is implied by ‘high heels are not your friends’? What does it really take to turn someone on? Is it genuine characteristics or naïve desperation for any intimacy at any cost?

2. “Just another victim baby, left for dead. Watch you burn the bodies in haste to get ahead. Spread your lies…you want it all. Everything, no compromise. You need it all, no compromise.” (No Compromise) What impressions do you get from this song? What is implied by the want and need for everything? What is implied by the term ‘no compromise’? What’s at the heat of the desire for all things? How do we seek to obtain this fantasy?

3. Girls in the club want sex ‘n’ money. Girls just want sex and money.” (Sex ‘n’ Money) These being the only lyrics to the song, what are your impressions? What are the implications for such a statement? What would you perceive the motivations to be? Is it true? Is it hyperbolic?

6. Always aiming for the truth sometimes missing just one word. Something real is shaking lose. Look around you’ll see the cities burn. It’s just the way I’m feeling. We’re lost without the meaning. The love has disappeared without a trace. It’s just the way I’m feeling. You’re gone and now I’m leaving. I’m holding back the tears look at my face. Now there’s nothing left to loose you’ve gone and torn my world apart. All that’s left of me is you. I’m a shadow of my former self.” (The Way I Feel) What impressions do you have initially from this song? What’s the story here? What does the phrase ‘lost without the meaning’ mean/intend? The phrase ‘love has disappeared without a trace’ hits me hard, how does this statement feel? What does the phrase “shadow of my former self’ mean/intend? How would you offer hope to this suffering soul relationally?

7. “I said Praise the Lord. Hi this is a representative from 976-4prayer and if you want to leave a donation, feel free. I said Praise the Lord.” (Praise the Lord) This song is primarily music with these lyrical sound bytes added. What do you make of this song? What tone does it reflect? How would you perceive people to receive it? Is it positive or negative? Does it offend you? Should it?

8. “Time to say goodbye. Time to make a move. Nothing left to hide. Everything to lose. There’s not a day I wake. Not a step that I take that I don’t see your ghost. I think you should know its time for both of us to put aside our past. Looking for one strong enough to last…There’s not a night I think, not a dream that I keep, that I don’t see your face. It’s you I can’t replace. You’re running though my mind baby all the time. It’s not over yet.” (Not Over) What’s the story of this song? What would you say to ‘looking for one strong enough to last’ and ‘it’s you I can’t replace’? How would you comfort this suffering soul? How do our relationships convey our truest sense of need? Why do human relationships inevitably fail?