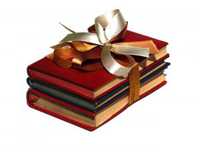 Out of My Bone: The Letters of Joy Davidman
Editor, Don W. King, Eerdmans, 2009

“All I really care about is having a bit of life with Jack (C.S.Lewis) and getting adequately on my feet for it. He has been growing more attached to me steadily–is now, even more madly in love with me than I am with him, which is saying plenty.” Though Davidman is better known as C.S Lewis’ wife, she was a skillful editor, critic, and collaborator. This collection of her letters dating from when she was a young single woman just out of college until her death from cancer in 1960, reveals her brilliance as a writer. They trace her journey from passionate Marxism to faith in Christ. Acerbic, tender, critical, patient, winsome, and sometimes wicked funny–all describe her voice. But it was her suffering and the evident humility she learned that kept drawing me to her letters sensing I could learn from her life.

“Anybody can die with fine theological sentiments, Bill, [her ex-husband] it’s the daily living that hurts.” She kept courage and a sense of her self through the betrayal of her first marriage, poverty, loss, cancer, all the way to the end of life.

Through His Eyes: God’s perspective on Women in the Bible
by Jerram Barrs, Crossway, 2009

As I’ve listened to women of various ages and walks of life tell about experiences of discrimination and discouraging treatment in the church, and as they’ve lamented that most often the teachings heard about women are focused on the “restrictive” passages of scripture, I’ve wished I could recommend a wise, passionate book that teaches us about God’s love and respect for women, about our equality and mutual dependence, and yet remains true to God’s word–this book more than fulfills that desire without saccharine. Jerram paints portraits of women we understand and know–women whose lives become powerful examples, not just because they were the Perfect Proverbs 31 Woman we sometimes want to kill because we’ve heard about her spinning and sewing one too many times, but of those who were abandoned, sickened, barren, and even practicing whores. Ah, we need to be reminded that these, too, became women beloved and used by God. Reading through this book made me say, yes, this is the God of all the earth, the one I want to live and die for. Jerram writes in his introduction: This book is a happy exposition of the dignity and glory that the Lord showers on women. Its aim is to encourage women to delight in their creation, redemption, and calling and to challenge men to honor women as does the Lord himself. My hope is that many men, especially pastors and teachers, will read this book and be challenged by it.

Heavy? Yes, but good. If you are interested (and WHO isn’t?) in conservation, the environment, healthy living; if you like a good deal, loved your grandmother’s cooking, suffer from anemia; if you are cool, swish and happening. Or know someone who IS, then the old/new cast iron cookware is what you want. These days more research affirms the unhealthiness of Teflon and non-stick pans. Check out thrift stores, antique stores, or someone’s attic. You’re bound to find them. But be careful. The old stuff is generally better quality than the new pieces found in catalogs and retail stores. You can find great resources and help at the Black Iron Dude who says he recently found a used frying pan for $9.00. http://blackirondude.blogspot.com/

It’s a joy to plug this children’s jazz cd put out by dear friend, Katy Bowser, and collaborator, Chris Donohue. I’ve been enjoying these songs pre-publication for about a year now, and they are among my favorite kid-songs. In fact, she’s even pegged me on one track: I Need A Nap: “I’m feeling blue, I’m cranky like a crocodile, I’m
terr-i-bly rude.” Well crafted and chock full of talented back-up musicians. Check it out on Facebook.

Here are a couple quotes:

“I love what Chris & Katy are bringing to the table with Coal Train Railroad. It makes ME feel like a kid again! I think children of all ages will love the humor, silliness and the catchy, cool, and crazy music that reminds us all that music should be fun to listen to. I’m honored (and slightly tickled) to be part of this wonderful project. Thanks!”
– Jeff Coffin, 3x Grammy Winning Saxophonist/Composer
(Dave Matthews Band, Bela Fleck & the Flecktones, The Jeff
Coffin Mu’tet).

“Quirky, cool, and touching… in all the right ways. In the tradition of classic children’s songs and stories, this record is for everyone… moms, dads, musicians, and of course KIDS.”
– Neilson Hubbard, producer and songwriter.

Audubon and His Journals, Volume II
Edited by Maria R. Audubon, Dover, 1994.
An unabridged republication of the first edition, 1897.

We received Volume II as a gift but I assume Volume I will be as fascinating. I had very little knowledge of Audubon’s life, (1785-1851) only knowing he was a naturalist and a famed American ornithologist who cataloged and drew the birds of North America. This volume includes his journal entries from the Missouri River explorations and a dangerous trip along the coast of Eastern Canada to gather plants, animals, and water fowl. His observations are enthusiastic, enthralling and sometimes appalling. Shining, detailed, historical descriptions of what our country was like–the teeming wild-life, the impenetrable swamps and forests, the lakes and seas heavy with fish are mind boggling. Although at the time it was unthinkable that men could collapse or annihilate species or log out old-growth forests Audubon did give some prescient warnings. For example, he despised “eggers,” men who collected eggs from wild birds nesting on rocky isles along the East Coast to sell in distant ports. Eggers systematically destroyed incubating eggs and chicks by the millions, then returned a short while later to get the fresh eggs as parent birds tried to start anew. Also of interest: his personality and beliefs revealed in journal writing and story-telling–his deism, bits of racism, some illogical positivism. I really liked this book and wished I could have seen our country as it was in the mid-1800s.

Horse Tradin’
by Ben K. Green, University of Nebraska Press, 1999
Ben Green grew up in Texas cow country and before he became a veterinarian, (he died in 1974) during the time when horses and mules were used, not for pleasure, but for work and transportation, he was a horse trader and cowboy. Back then, if you had a good eye and a stable full of knowledge, you could make a living at it. This is a collection of stories he swears are true, but you can hear his story-telling voice that reveals a good deal of knavery, hokum, and pure conning. Okay. So not great writing, but I liked them. You might, too, if you enjoy a good yarn, admire horses, and a peek into a profession that has disappeared along with cattle drives and horse-drawn plows. For the most part.

Coop: A Year of Poultry, Pigs, and Parenting
by Michael Perry, Harper, 2009. (memoir)

This new book by Perry has come out during a year when the popularity of raising chickens, even in the city, has weirdly skyrocketed–apparently we all want Rhode Island Reds and Araucanas in our backyards. Living in a tumbledown Wisconsin farmhouse, thirty-seven acres of fallen fences and overgrown fields, a pregnant wife who plans to deliver their baby at home, Perry plumbs his childhood–for clues on how to proceed as a farmer, a husband, and a father. Whether he is recalling his childhood (“I first perceived my father as a farmer the night he drove home with a giant lactating Holstein tethered to the bumper of his Ford Falcon”) or what it’s like to be bitten in the butt while wrestling a pig, Coop is full of humor. But he also “writes from the quieter corners of his heart, chronicling experiences as joyful as the birth of his child and as devastating as the death of a dear friend.”

“Belief in the significance of architecture is premised on the notion that we are, for better or for worse, different people in different places – and on the conviction that it is the architecture’s task to render vivid to us who we might ideally be.” “A perplexing consequence of fixing our eyes on an ideal is that it may make us sad. The more beautiful something is, the sadder we risk feeling … our sadness won’t be of the searing kind but more like a blend of joy and melancholy: joy at the perfection we see before us, melancholy at an awareness of how seldom we are sufficiently blessed to encounter anything of its kind.” To me, the elegant construction of Botton’s sentences reflect his careful exploration of classic and modern architecture – what attracts or repels us, what ideals does it represent and why. The many photos of buildings and designs were not only fascinating but extremely helpful in illustrating his observations. I did not expect he could make me care so much. Or that I would find his insights applicable and relevant to life. I would need more time to digest and a sharper intellect to summarize this beautiful, dense book. I could plagiarize Amazon’s reviews, but won’t (thank you very much). Some of you will find this book compelling and will be glad to read it.