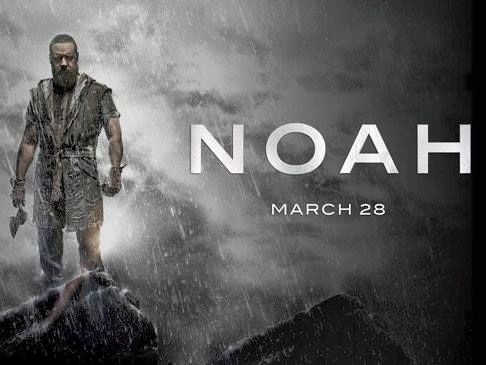 Discussion questions for Noah
1. What was your first impression? What lines of dialogue, what visual effects, or what plot twists stood out to you? What initial or lasting feelings did these moments evoke in you?

2. What genre might you assign this film to? Did this bring other films to mind for you? If so, which ones? For those who know Darren Aronofsky’s work, how does Noah look, feel, or unfold like other of his movies that you have seen?

3. Clearly this depiction leans upon more than the brief, Genesis narrative… What sources (biblical or otherwise) did you suspect or are you convinced the writer/director is drawing from?

4. Theology to one side for the moment… Why, artistically speaking, might a filmmaker depart from a standard text when depicting a familiar story? In your mind, to what degree is this helpful and acceptable in relation to retelling or presenting familiar, even revered stories, cinematically?

5. Who are the main characters in this telling of the Noah story? What do we know about them? In addition, what qualities, flaws, and relationship dynamics most stand out to you?

6. Following Noah’s revelation to his wife that the Creator is “going to destroy the world”, one reviewer writes: “It’s a chilling reminder of the stakes in this narrative. This is a story any child who’s been to church can recite by heart, but we tend to wrap it up in pictures of a cutesy arky-arky with smiling giraffes, calm seas and a chipper Noah manning the ship. There are no flannel-graphs of the dead floating just beneath the surface, no indication that Noah might have felt anything but undiluted bliss at the prospect of his facing the rest of his life with his family and new animal friends.” (Tyler Huckabee, Relevant Magazine, March 28, 2014)

For the most part, how did you understand the Noah story before viewing this film? What is its role or function in the biblical story?

Now that you have viewed this film and thought a little about it’s sources, and main characters, what do you identify as the theme of this Noah story? How would you characterize the central story? What is this movie actually about and how might you defend this claim?

7. Thinking biblically…
a) Clearly this telling of the Noah story has been controversial. Reviews have spoken of Aronofsky’s Noah as “deranged,” as “thoroughly pagan,” as “blatantly Gnostic,” and even as, “brilliantly sinister anti-Christian filmmaking.” What do you make of this film? Do Aronofsky’s ‘creative liberties’ help us hear this story in a fresh way, and in a manner that highlights biblical truth? Or are the negative reviews right? Are the distortions dangerous—even obscuring the God of the Bible altogether? (Be as specific and as concrete as you are able in sharing how this film helps or hinders understanding the Scriptural account and its intent).

b) While some furiously blast this movie, others can note the film’s shortcomings, recognize Aronofsky’s own atheism, yet still sort through (in positive fashion) the elements of the Genesis flood story. What is preserved? What surprised you in terms of being included? In what ways might the God of Noah be more scriptural that the one preached from many pulpits?

8. Overall: Did you enjoy this film? Did it enhance (or reduce) your understanding of this biblical episode? What will you take away from having viewed it? If asked, will you recommend this film to others? Who should or should not see it? Why?