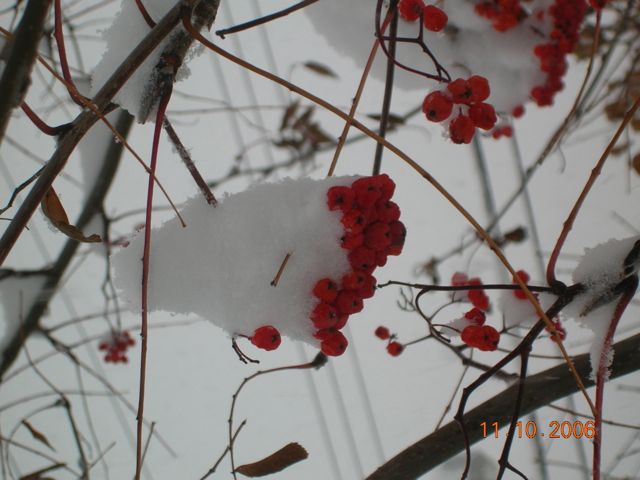 I Want to Show You More by Jamie Quatro, Grove Press, NY, 2013. (Short story collection)
Quatro writes short stories like a post-modern Flannery O’Connor. Delving into infidelity, faith and family, she exposes the vanities and heart sicknesses of her characters, leaving them naked, exposed to our own wonderings: Could this ever be me? Is this the person who sits in front of me in church every week looking so put together in an American-Christiany way? Her stories are well-crafted, fine and have such a note of authenticity about them, you know they represent what exists around us more than we dared to imagine or confess. Often when you think one of her characters has hopelessly disappeared into whatever darknesses they have created, she gives them a lightning strike of insight and grace that sears and shocks her readers awake. The most powerful fiction I’ve read this year. I’m pleased to recommend this these stories from a writer who is getting serious acclaim in the secular press but none among Christians. (Note: for more on this Denis reviewed it in Critique 2013 Issue 4).

Shadows on the Koyukuk: An Alaskan Native’s Live Along the River by Sidney Huntington, Pictorial Histories Publishing, 1993. (Memoir)
This was my favorite memoir of the year. Highly recommended. Sidney Huntington’s remarkable life of growing up in the 1900s (born 1915) was riveting from the first page. His stories of making a life, not just surviving, but making life in places we call wilderness are deeply engaging. He speaks humbly and truthfully so as not to make himself into some sort of iconic figure. Learning survival in the Alaskan wilderness from his Koyukon mother and learning how to work and trade from his white father, for him, naturally translated into caring about creation, not just exploiting it as many have done. Surviving storms, cold to -70 degrees, floods, changes in the animal populations that supported them, education in a mission school, rearing seventeen children, learning new skills to support his family, fighting alcoholism, and finally, living long enough to receive an honorary doctorate from the University of Alaska for his knowledge and work in conservation, all this and more make him a fascinating, heroic man. I loved this story.

Hushabye Baby: Lullaby Renditions of Jonnny Cash, 2008. (Music CD)
Who knew Cash songs like “Folsom Prison Blues” or “Ring of Fire” could be weirdly and sweetly set to slumber-y lullabies? If you are looking for a baby gift or even something softly lulling for yourself, try this quiet CD. It’s a little crazy when you hear these instrumentals softly strumming in the background, but once you get past laughing about “hotter n’ a pepper sprout” being plucked with gentle percussion, you actually might like it. I know one thing, babies will love it and so will moms and dads who’ve had enough of Raffi or Baby Mozart or whoever is popular these days.

God of the Mundane: Reflections on Ordinary Life for Ordinary People by Matthew B. Redmond, Kalos Press, 2012. (Nonfiction)
We’ve all heard the sermons and read the books: “if you really loved God, you would be radical. You would sell your belongings. You would become a missionary and move to another country.” As a young couple, Denis and I did that – sold everything we owned in order to become evangelists living out of suitcases and sleeping on the floors of church basements. It was not fun, and I don’t remember converting a single soul through our sacrificial living. We might have detoured around this stage of life if we had had a Matthew B. Redmond around at the time. He is uncompromisingly critical of the idea that you, being such a special person, must do and be something spectacular for God in order to prove you are serious about being a disciple. No one ever urged us to live a quiet, ordinary life, faithfully serving God as Paul urges the Thessalonians.
This book would have watered my weary soul back in the day. So, I pass it on to you. Listen to this message of how to love and serve God in the ordinariness of our everyday lives.
“The need is to go full bore, with wild willingness, into a life full of the mundane, armed to the teeth with the belief we are featured in the Story God will forever be telling with joy. We are all just bit players, sure. But that is why we should be fine with being nobody special in the story being told.”

Bringing Nature Home: Floral Arrangements Inspired by Nature by Ngoc Minh Ngo, Rizzoli Press, 2012. (Nonfiction)
“Flowers show that a home is cared for and truly lived in. While furniture can remain the same for years, flowers speak to the present moment. And yet they are a talisman, a reminder of the world beyond our doors, of growth and change, and the passage of time. They are fleeting pleasures.”
This book was very inspirational to me because the absolute simplicity of Ngo’s minimalist arrangements made me take a walk around the yard and think outside my usual flower box which is normally a big, meadowy, flower-bouquet box. There is so much simple, graceful beauty we can bring inside at no cost at all. Weeds, branches, bark, stones, a single flower, moss, leaves, herbs. Often when I see a form of art or craft I think, oh, I could do that. But really, I can’t and never do. In this case, you don’t need to be a professional to make the unusual and the beautiful from materials right outside your back door (in the fall, a single branch loaded with crab apples will do) and containers right off your shelf. The gorgeous photos will definitely prime your creative pump with plenty of fodder for using what you have available. It is no small thing to bring flowers in and to love their glory. This book would make a joyful gift to anyone who loves their “fleeting pleasure.”

Resilient Ministry: What Pastors Told us About Surviving and Thriving by Bob Burns, Tasha Chapman, & Donald Guthrie, IVP, 2013. (Nonfiction)
This book contains much universal wisdom that applies not just to pastors, but to anyone in a position of ministry or leadership. I was particularly struck as I read and reread the chapters on self-care: “Burning On, Not Burning Out” and “Pacing Our Lifestyles.” The authors drew on five years of research and extensive interviews to learn what pastors could do or are doing to nurture life (not just survive) over the long haul.

Some of their practical suggestions might have sustained better health much longer for myself. Often, I have not practiced the very things I insist others learn to do for themselves. It took some trouble and some stern thinking to begin to change my own thinking and habits.

“Self-care requires limits and rhythms. It does not come easily. It begins by recognizing that we are finite creatures who rebel against the reality of our limitations. This rebellion is fueled by a culture that often pretends there are no limits in this life. But more fully embracing our limits allows us to accept what God is doing in our lives and ministry.” (p. 99)
Whether you are a professional working in an office, an artist, a student, a mother managing a family, whoever, consider this could be a wonderful gift to yourself or to someone whose life is serving others in any capacity.
The Round House by Louise Erdrich, Harper, 2012 (Fiction)
North Dakota. An Ojibwe reservation. A sacred lodge. A violent crime. A tribal judge who cares for justice. A thirteen year old boy searching for who hurt his mother. Brilliant and entertaining. Erdrich embraces tragedy, the comic and a spirit world very much present in the lives of her characters. This is a tale of injustice that is, unfortunately, an authentic reflection of the jurisdictional muddles that exist in our country between federal, state and tribal governments.
“The shadows were long, the air was cooling off, and we were hungry the way boys get hungry. Irrationally hungry so that everything we saw looked tasty and all we could talk of on the way home was food. Where we could get food, and eat food, a lot of food, and quick. That was our concern. Zack’s mom would be at bingo. Aunt Star was either flush or broke, never in between, and it was a Saturday. By now, she’d have spent what she had and probably not on food. Things were lean that week at Cappy’s house, though his dad possibly had stew. Does’s bachelor stews were a crapshoot, though. Once he added commodity prunes to his chili. Another time he left some bread dough overnight and a mouse burrowed into it. Randall got a slice with the head and Cappy got the tail. Nobody could find the middle … Our other prospect was Grandma Thunder… She’ll make frybread and meat, said Zack. She always has canned peaches, said Angus. His voice was reverent…” (p. 69)

Major Pettigrew’s Last Stand by Helen Simonson, Random House, 2011. (Fiction)
A first book from an author whose style reminds me of a P.G. Wodehouse-Jane Austin mix. English wit and comedy that pokes at class-consciousness make this a good take-on-vacation or read-aloud book. The widower Major Ernest Pettigrew tries to lead a quiet, dignified life, caring most about a good cup of tea and classical literature until his brother’s death sparks an unexpected friendship with Mrs. Jasmina Ali, the Pakistani shopkeeper. To succeed, their relationship must survive the Major’s racial bias and the scrutiny of small village life with its many expectations of conformity to tradition. I haven’t enjoyed a literary romance this much since Elizabeth Bennett met Mr. Darcy. Here is a sample of Simonson’s descriptive powers:
“A well-upholstered woman with a wide, smiling face and a flowing mustard-colored shawl stood waiting for them in the glass doorway. Her feet in high-heeled shoes were so tiny that the Major wondered how she managed to balance, but as she tripped forward to meet them she carried herself with the lightness of a helium balloon. She waved a plump hand full of heavy rings and smiled.” (p.115)

The Christmas Crocodile by Bonny Becker (Author) , David Small (Illustrator), Simon & Schuster, 1998. (Children’s Picture Book)
We have a collection of Christmas books that I have gathered over the years. Many of them feature the Baby Jesus or The Advent Story, but this is one is about a greedy, lovable crocodile. I owned it for one year and then my oldest granddaughter took it home because she liked it so much. Each year as her family grew from one child to five this book joined other Christmas books as one of their read-aloud favorites.
“The Christmas crocodile didn’t mean to be bad, not really. Alice Jayne found him on Christmas Eve under the tree. He wore a red bow around his neck. It was lovely. But he ate it.”
Thus, begins his trail of destruction through the holiday house with suggestions and pot shots from eccentric relatives on how to get rid of him. “Send him to the orphanage!” “Turn him into shoes!” “The zoo!” Despite his sins Alice Jayne wants him treated with tenderness and care. (How do you be tender to a crocodile?) Small’s beautiful water-color and ink drawings reflect the humor and chaos of a Christmas gone awry. I recommend this book for ages 3-7 and for adults who can’t stop buying children’s books.