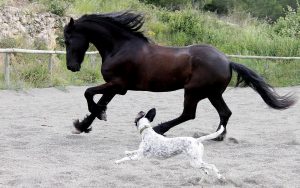 Last month Harper’s Magazine (April 2016) published a fascinating report about a Jay Miscovich, who found what he claimed were hundreds of emeralds from a Spanish shipwreck that went down in 1622. The Florida Keys have long been a hunting ground for sunken treasure. So many vessels were wrecked among the islands and reefs, loaded as they were with billions of dollars worth of gold, silver and jewels being shipped in countless Spanish armadas as they sailed from South America to Spain, that they still attract hundreds of treasure hunters, divers, investors, international government claimers, wall street hedge funds, people of all kinds, many who are ruthless and greedy. Jay’s samples and claims that he’d found masses of emeralds that were still out there were estimated to be worth a half billion dollars. At first, the discrete attention he attracted enabled him to support his claims and organize enough capital to continue the search and recovery of jewels that were scattered and buried at the bottom of the ocean. With the advice of a partner, lawyers and jewel experts, millions of investment dollars were collected from private individuals, wall street managers and a company specifically set up to protect this enormous find which everyone knew could involve lawsuits from the Spanish government that would claim this treasure belonged to them even though all of what their ships contained had been mined, cut or smelted by slave labor.

The article paints Jay as a sympathetic character – he is likable, financially needy and vulnerable in ways that make you end up rooting for him. I was seduced by the story, hoping these complicated deals work out for Jay. Someone, I thought, ought to have that treasure and find a way to keep it out of the hands of people trying to seize it for themselves.

In the end most of those who contributed to his project were individuals or companies who only cared about what monetary value could be gained from owning or selling the priceless jewels for themselves. Although I’d like to say the display of blatant greed was sickening, it should be no surprise how many are willing to commit all kinds of shady deals and illegal shenanigans to gain treasure. All I really need to do is sneak up on my own heart and be honest about what I find.
The closest I ever came to finding treasure isn’t much to report but for a minute it thrilled me to the core to think that possibly, just possibly I might find something rare and wonderful. In that moment I knew in a small way what that longing can do to the heart. Years ago when we were camping in the national forest of the Jemez Mountains of New Mexico where the air snapped with the scent of ponderosa pine – we climbed a nearby mesa where the turquoise sky domed a thousand miles around us. Mesa after mesa faded into the purple distance and far to the north, beyond Santa Fe, you could see the glimmer of snow- capped mountains. It was obvious why Indian scouts used these rocky flat-tops for lookouts and defensible fortresses where their families lived in the summertime. When we reached the top, to our surprise, we found ancient fire pits ringed with stones, broken kivas and part of an adobe foundation sunk in sand and dirt. In the corner where two walls came together there were scattered pottery chards. Most were unfired pieces of clay, but a few had been painted and fired with designs typical of the Pueblo Indians who had lived there long ago. We only had sticks to dig with, but it was exciting to think we might uncover an intact pot. I kept at it long after Denis lost interest as the sun beat down on that high and windy place. I so longed for treasure I was willing to risk heatstroke to find it, but eventually, I had to quit. We filled our pockets and made our way back down to our camp site to sit in the pool of an icy brook. I obsessed about going back with proper digging instruments and a backpack and worried that someone would learn of my discovery and get back there before me. My husband was not as criminally minded as I and he tried to convince me that what I wanted to do was illegal. Later, I learned he was right: you are not allowed to remove any artifacts from any ancient ruin – even if you own the property.

In the end, what you learn about Jay Miscovich is that his entire find was manufactured. It was fraudulent from the beginning. He made it all up, including deliberately “seeding” the ocean floor with emeralds he’d bought on the market. Exactly as he hoped, his false  claims drew the greed of investors. But down the road as unaccountable discrepancies surfaced, such as the Belgian jewelers finding an epoxy resin on the surface of the emeralds that could only have been added in modern times, and as one by one the investors pulled out, the entire story unraveled. Along with investigations came lawsuits, loss of friendships and family and a poisonous atmosphere of distrust and anger. After Jay’s elaborate scheme collapsed on every side there was nothing and no one left for him. He was hopelessly in debt, he had no credibility and didn’t even own a place to live – so he took, what to him, was the only way out. Suicide.

This is a long way around to what I kept thinking as I read this report, but stick with me a minute. Jesus told some interesting stories about what the kingdom of God is like – it’s like finding something so valuable you are filled with joy and sell everything you own to buy the place where it’s been hidden. At first when it looked like Jay had found genuine treasure, I thought, hey, this must be a little like what Jesus described in a parable:
“The kingdom of God is like treasure hidden in a field. When a man found it, he hid it again and then in his joy went and sold all he had and bought that field.” (Mt. 13: 44)

Jesus is telling us that the Kingdom of God is like discovering a half billion dollars or more worth of genuine emeralds on the bottom of the ocean. Its worth is beyond anything you ever imagined and you stake everything you are worth, everything, in order to own it. Jesus meant us to know some things about the value and security of his Kingdom. I’m listening with all my heart because I don’t just want it, I need his treasure. The writers of the New Testament try to help us understand how compelling and huge this truth is. First, this treasure comes with power – “the kingdom of God,” Paul says, “is not a matter of talk, but of power.” (I Cor. 4:20)

Just the opposite of Jay’s false claims. No expert is going to declare it fraudulent because its existence was confirmed in actual space and time by witnesses who were with Jesus. This is reassuring.

Peter writes, “What a God we have! And how fortunate we are to have him, this Father of our Master Jesus! Because Jesus was raised from the dead, we’ve been given a brand-new life [our inheritance] and have everything to live for, including a future in heaven—and the future starts now! God is keeping careful watch over us and the future. The Day is coming when you’ll have it all—life healed and whole.” (I Peter 1:3-5 The Message)

I know this treasure Christ has acquired for us is not going to arrive in the next few minutes and mend my aching head or recharge my Starbucks card, though I wish it would. However, it is coming with the inexorableness of a glacier moving through the mountains toppling cliffs and boulders – nothing can stop it, but it takes its own time until, as Paul puts it, this treasure becomes “the fullness of him who fills every thing in every way.” (Eph. 1:23) So with my ear to the earth, I’m listening and waiting for its rumbling arrival.

Finally…
I was eight years old for one of my first encounters with “heartbreak.” Our game little dog, Bing, was kicked in the head by a horse after I told him to chase them. He died from that injury and it broke my heart. Most of us could “fill in the blank” with instances of needing to let go of someone or something we have loved.

So it was a section titled “Heartbreak” that attracted me to Consolations: The Solace, Nourishment and Underlying Meaning of Everyday Words by David Whyte. Heartbreak seems like a part of life we know all too well. Who wants it? No one. But in our difficulties with letting go of people or things we have loved, Whyte’s words offer some interesting insight:

He writes:
HEARTBREAK is unpreventable; the natural outcome of caring for people and things over which we have no control.

There is almost no path a human being can follow that does not lead to heartbreak.

Heartbreak begins the moment we are asked to let go but cannot, in other words, it colors and inhabits and magnifies each and every day; heartbreak is not a visitation, but a path that human beings follow through even the most average life. Heartbreak is an indication of our sincerity: in a love relationship, in a life’s work, in trying to learn a musical instrument, in the attempt to shape a better more generous self. Heartbreak is the beautifully helpless side of love and affection and is [an] essence and emblem of care.

Heartbreak is how we mature; yet we use the word heartbreak as if it only occurs when things have gone wrong: an unrequited love, a shattered dream… But heartbreak may be the very essence of being human, of being on the journey from here to there, and of coming to care deeply for what we find along the way.

Over the years, like everyone, I’ve let certain things go remembering that as Christians we find in Jesus what can’t be be found anywhere else: Christ came and is coming again to heal the brokenhearted and save the crushed in spirit. (Psalms 34:18). That is a great solace and it would be my coda to Whyte’s observations.

Hoping that you, too, find a broken heart is not the end of your story.

(This essay first appeared in Letters From the House Between #2 2016.)