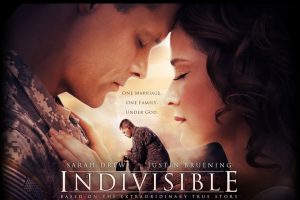 Living with War: A Job-like wondering met with silence
Making their way to Panama in late 1989 to overthrow the drug-running regime of Manuel Noriega, Chuck’s army unit traveled aboard a transport plane. On the way, the soldiers relieved themselves in five-gallon buckets, which were then tossed from the plane. “I always wondered what happened to those,” Chuck said. “I can imagine some guy sitting in his house watching TV when a five-gallon bucket of pee comes crashing through his roof.” It was a light moment in an otherwise heavy if matter-of-fact conversation.

After parachuting from the plane, and as he was making his way toward an objective at the airport in Panama City, Chuck came across an arm. “At first I was, like, why is there a mannequin arm laying here?” So he picked it up, realized it was human, threw it down, and assumed that a helicopter gunship had blown a Panamanian to bits.

Not long after, a wounded enemy fell near where Chuck was standing from a smashed window about 20 feet up. Chuck watched him die.

Then came the latrine. A Cuban colonel, fighting with the Panamanians, lay wounded on the floor by urinals that had been shattered by hand grenades. A minute before, the colonel had wounded an American. Chuck had his pistol trained on the Cuban and watched as he slowly moved his hand toward his belt. A soldier behind Chuck pulled a trigger and dispatched the colonel. “I especially remember the smell of the cologne he was wearing,” Chuck says. “Whenever I smell that cologne I think of the colonel.” They found a pistol in the Cuban’s belt.

Operation Just Cause was Chuck’s first experience of combat. He’d see more late in his career—in Iraq and Afghanistan. Though he himself is a man of feeling, he speaks of battlefield death without emotion. Killing in battle isn’t pretty, but neither is it complicated. I am me, you are the enemy. If I can capture or disable you, great. If I kill you, that’s fine too. He’s never had problems with nightmares or post-traumatic stress disorder.

Somewhere in the course of discussions that covered a twenty-eight year military career, Chuck mentioned in passing that he was a “Bible-believing Christian.” I don’t recall the immediate context of the remark; I don’t know why he said it at that particular moment. Curiously, it didn’t occur to me to ask.

But later I was struck by the seeming incongruence of his description of battle and his equally frank, if curt, declaration of faith without any attempt, so far as I could see, to relate the two. How do being a Bible-believing Christian and killing a Cuban in a latrine go together? Chuck felt no need to relate the two. There was no tension. Maybe that’s why I didn’t ask about it.

Chuck’s is one way, though not a common way, that Christian combat veterans process (or don’t process) their experiences.

The film Indivisible, which centers on the experience of Army Chaplain Darren Turner, shows another way. Early in the film we meet a devout chaplain who’s gung-ho about going to Iraq. “I signed up to be where the need is,” he says. Before leaving, he told his daughter, “I’ve always got my special armor on.” It isn’t clear to me that Paul’s language about a shield of faith and a sword of the spirit (Ephesians 6) has anything to do with toppling the government of Saddam Hussein and dealing with the aftermath, but the connection was meaningful for Turner.

Soon enough, that connection was tested by non-uniformed insurgents with hit-and-run tactics and improvised explosive devices. Chaplain Turner held a dead little Iraqi girl in his arms. He traveled in Humvees that came under attack. He led a soldier to Christ, only to see the soldier killed in combat. He made in-case-I-die videos for his family. He unraveled under the strain.

He returned home angry, alienated and alienating. He treated his wife like trash. Christian service became a grinding job. He got out of the army and worked at a plant nursery. Rage and sleeplessness ruled. He almost lost his family. A senior chaplain told him that the difference between shallow faith and real faith is the test of doubt.

In a way the movie doesn’t explore, Turner rethought his Christian commitment in light of what he had experienced. He returned to the army chaplaincy with a more complicated and deeper outlook, though we don’t really get to see that. But we can guess about some of the things he worked through.

The movie shows his daughter praying that God would “bring daddy home safe,” and Turner did survive. But he knew that all such prayers aren’t answered. Just yesterday I read an unpublished letter from a soldier in Vietnam. “I prayed to God to help Linville,” the soldier wrote in mid-1970, “but he left us anyway. It all seems like a bad dream.”

Early on, Turner said to soldiers on the point of going out on patrol, “You don’t have to be afraid. God’s got your back.” It was a presumptuous thing to say in so casual a way, and presumably post-deployment Turner knew that the world of war more often resembles the moment when the words “My God, my God, why have you forsaken me?” were most apt.

Indivisible doesn’t give many details, but it does show that Turner’s easy pre-war theology had been shaken. He could have given up his Christian commitment. Instead, he fought for it, kept it, and ended up with something more profound and real.

Chuck’s response to combat is unusual. Chaplain Turner’s is more common. But, so far as I have seen in twenty years of interviewing combat veterans, the most common response is a Job-like wondering met with silence. Chris, an Iraq War veteran, recently told me that his faith has deepened since his year in a war zone, yet he still wonders if God will forgive him for things he did. Nothing illegal or willfully malicious, only the stuff of war.

Heads vaporizing, body parts flying, pulling a family photo from the pocket of a Vietnamese enemy you shot and thinking, I just killed daddy—none of this is easily squared with the basic moral teaching of the New Testament. And while “Yea, though I walk through the valley of the shadow of death, I will fear no evil: for thou art with me” is useful when I may be walking into an ambush, there isn’t an equivalent if I am setting one. Even devout combat veterans who feel that their war was justified sense this, and they live with that sense.

It’s a difficult and complicated thing. War veterans assure us that there’s nothing blessed about laying a mine, thrusting a bayonet into an enemy or napalming a village. But neither is there anything blessed about doing nothing while Japanese soldiers rampage through China or standing by as the Taliban basically turn women into slaves. This is the Christian combatant’s dilemma: to strike is to embrace the darkness, and to do nothing is to embrace the same. If in retrospect we see that a conflict’s cause was just, then that makes things easier. But even Chuck, in all his matter-of-factness, sees the awfulness of war.

From here, the conversation could turn to Just War Theory, but I can’t remember a single combat veteran ever bringing that up. Save it for the faculty lounge.

Instead, I’ll begin to end with something more appropriately ambiguous, murky, inconclusive. I’ve concluded that it’s impossible to get through this world with clean hands no matter how hard we try. Some hands get dirtier than others, but the complicated mess that is human history throws its muck on us all. Think of the people who hurt you without being aware of it, and then realize that you’ve almost certainly done the same to others. Most of us have done much worse. All of us stand before God in bad shape.

And some of us carry a greater share of the human burden. I put the combat veterans I talk with into this category. Like Simon of Cyrene, these were selected from the crowd and made to carry a cross. Simon carried his cross to Golgotha; Luke carried his to Afghanistan. Ron took his cross to Da Nang, Eugene to Okinawa. Chuck, aware of it or not, carried it to Panama. Chaplain Turner brought his to Iraq. They remember the kids who died, the eyes of the enemy just before the blast, the smells, the sounds, the fury.

I have been struggling with how to close. I should try to offer some insight, a profundity, a great wrap up comment. But at the heart of hundreds of discussions with war veterans is a profound silence.

This occurs to me: I used to think that the book of Job ends happily. Job gained more livestock and kids and lived to a ripe old age. But, so far as we know, he never learned why he had been hurled into the catastrophe linked to his name. Thirty, fifty years later he still must have wondered what that was all about. But, even if he tried to talk about it, no one really would have understood what he knew but couldn’t quite put into words. He carried on and lived with it. He worshiped God but always wondered. There was a great silence.

I think a lot of combat veterans can identify with that.