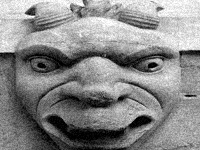 With the collapse of Yugoslavia in the late 20th century, small-scale independence movements formed along ethnic and religious fault lines in the Balkan region. Croats and Serbs separated from one another and retreated into religious ghettoes. This “Balkanization of Europe” led directly to Bosnian and Serbian ethnic cleansing in 1992.

It’s hard to know where America is headed, but Christians shunning Halloween celebrations for alternative “harvest” church events could be contributing to a kind of “Balkanization of America.” Halloween used to be considered a church holiday. Shunning the celebration was largely unknown prior to the 19th century. What happened?

It’s hard to sift fact from fiction but it seems that the Feast of All Saints, or “All Hallows,” was moved by Pope Gregory III (d. 741) to November 1 and the day before became dubbed “All Hallows Even,” or “Hallowe’en.” It wasn’t a big deal for Catholics. The French added fanciful costumes in the 14th and 15th centuries. Protestants threw in “Trick or treat” after Guy Fawkes’ ill-fated attempt to blow up Parliament (we don’t have time or space to discuss that here). Irish immigrants fleeing their country’s potato famine brought Halloween to America in the 1840s. They used turnips for “Jack’s lanterns” in Ireland but discovered that pumpkins were far more plentiful in America. The greeting card industry added witches in the late 1800s. The Halloween cards failed, but the witches stayed. Ta-da!

Up until the 19th century, the church was warm to magic and monsters. After the 1800s, it shunned witches and warlocks. If we drove the Chevy to the top of the 19th century levee and looked both ways—back to the medieval church and forward to the modern—we’d see what happened. We “cleansed” these stories of their scary elements.

Right up through the medieval age, the church believed that fantasy creatures, sorcerers, ghouls, goblins, and ghosts were as ancient as creation. Their inclusion reminded everyone that humans are more than mere mortals or machines. The world is all the richer for having a devil in it, wrote William James, so long as we keep our foot upon his neck.1 Creepy creatures were part of the enchantment of the good news, according to C.S. Lewis. The place of witches and warlocks in medieval stories was as essentially “marginal fugitive creatures.” In other words, they played the part of antagonists. “Their unimportance is their importance,” Lewis wrote. Ghouls and goblins were not the main point, yet they evoked a “welcome hint of wildness and uncertainty into a universe that is in danger of being a little too self-explanatory.”2

Fantasy riveted Lewis to the fantastic—the dramatic “four-chapter” story of creation, the fall, redemption and the final restoration. Gargoyles and gods are less dangerous than Satan and his demons in the wide world of wickedness. Yet they serve to widen our imagination and keep our faith from becoming a bit too tame—and boring. This is why, in the medieval world, Halloween was not about worshiping spiritual apparitions but widening the imagination. The medieval church figured we’d be wise enough to know the difference instead of steering kids clear of icky stuff.

On this side of the 19th century levee, we’ve forgotten that the early versions of Sleeping Beauty were quite raucous. The princess was originally wakened not by a chaste kiss but by the twins she gave birth to after the prince had come and fornicated with her sleeping body. Ancient epics and myths were often raucous or vulgar yet held a central place in the literary arts, told to young and old alike. Yes, even kids.

19th century Victorian England and evangelicals sanitized these stories or removed them altogether. Victorians romanticized the idea of “childhood” as something quite separate and distinct from adult life. They moved fairy tales from the family parlor to the children’s rooms and cleaned them up. The result is a “nice” 20th century gospel that offers a therapeutic God and advertises church as a “safe” place. Is it any wonder that one of the 21st century’s best-selling books addresses the pervasive problem of bored and wimpy men in the modern church? The author’s diagnosis is correct yet the cure is disastrous. Rather than making men “wild at heart,” it would be better to ask why we stripped the scary out of our story and began avoiding holidays like Halloween. My hunch is that Lewis would not be impressed with the book’s solution of “authentic masculinity.” He would have advocated for the medieval solution of authentic mysticism—for men and women.

Halloween matters because everyone is made in the image of God and destined for eternity—something far beyond our wildest imagination. Lewis was right—we long to be in lands where little men have fuzzy feet, dragons breathe fire, ghosts lurk behind doors, floors go creak, witches conjure spells and horses have wings. Halloween isn’t about devil worship—it’s about enriching our faith by widening our imagination. When Christians fail to join the celebration, we might instead be widening the cultural fault lines and contributing to the “Balkanization of America.”

1. Was there anything surprising to you in Metzger’s piece?

2. What arguments have you heard supporting the argument that Christians should not observe Halloween—that doing so might even be sinful? How convinced are you of these arguments? Why? How impressive or compelling do you think non-Christians would find this position? To what extent does it matter what non-Christians think?

3. What arguments have you heard supporting the argument that it’s fine for Christians to observe Halloween—that even if it once was questionable, in our secular society those reasons no longer count? How convinced are you of these arguments? Why? How impressive or compelling do you think non-Christians would find this position? To what extent does it matter what non-Christians think?

4. Did you know the real—the original—story of Sleeping Beauty? Would you be comfortable telling it to children? Why or why not?

5. Compare and contrast the two visions of Christian faith (pre- and post-19th century) summarized by Metzger. Which seems more authentically biblical? Why?

6. Has this article changed your thinking in any way? Does it raise questions you would like to consider further, or perhaps research?

7. How can individual Christians, and Christian families, find their way through the myriad opposing positions advocated by Christians on so many issues in our world? In many cases, to disagree on such things is to be dismissed as “worldly” or perhaps even shunned, marginalized in the community of believers. How should we respond to these expressions of legalism?

8. “Gargoyles and gods,” Metzger says, “are less dangerous than Satan and his demons in the wide world of wickedness. Yet they serve to widen our imagination and keep our faith from becoming a bit too tame—and boring.” To what extent do you find common expressions of Christian faith tame or boring? Do your non-Christian friends see it similarly?

10. Do you sense “cultural fault lines” between the Christian community and the rest of society widening or closing? What should they be doing? Why?

“Magic and monsters” was first published as part of Clapham Commentaries (October 29, 2007). For more information or to sign up to receive these Commentaries (free via email) visit them online (www.claphaminstitute.org). The Clapham Institute is based in Annapolis, Maryland. The Institute mentors leaders, helping people and organizations connect Sunday to Monday, to advance faith centered cultural reform. They emphasize reframing conversations as the first step, assuming we live in a post-Christian age.