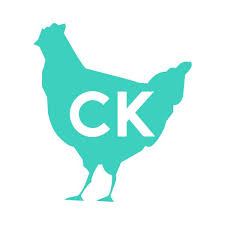 Consciousness-raising is slow painful incremental work. It is rarely about grabbing headlines or tweeting sound bites. It is about making visible the invisible and challenging the taken-for-granted. It is also about putting forward a positive aspirational agenda that does not work from the premise of shame and guilt.

This is the work of Evangelicals for Social Action’s CreatureKind initiative, which is supported by Farm Forward and Better Food Foundation. This initiative is a window into how ESA approaches its overall efforts in social justice.

Foundational to this approach is a reliance on the application of a holistic gospel. Rather than narrowing the gospel to personal salvation, ESA’s approach incorporates a concern for repairing the ruin of all creation. A redemptive vision thus includes affirming our responsibility to husband and care for all animals and the wider environment in which they live. The ethics of love that is assumed in this care means not inflicting pain on sentient animals. To love our neighbor is not species specific. It means that animals cannot be used as callous means, but must be respected and loved as ends. This view significantly challenges the instrumentalist view of agro-business and its expansion in “factory farming.” It is only when one’s motivations are infused with a spiritual purpose that one can successfully engage in what is inevitably a long-term systemic conflict. One does not have to take a vegan position—that all meat eating is ethically wrong—to agree that the means and methods of factory farming are beyond the pale of a Christian’s responsibility to nature and animals.

The early abolitionists were also those who fought for the prevention of cruelty to animals. To this day, the American Society for the Prevention of Cruelty to Animals uses as its seal the image of an angel intervening on behalf of a downed carthorse who is being beaten with a rod. It is only a gospel that links the creation mandate to the great commission that can connect the dots that the cross has implications for all creatures.

CreatureKind also seeks to address the problem of invisibility. It seeks to challenge the “out of sight, out of mind” complacency that tolerates systemic injustice. It is generally true that the greatest social injustices are hidden from the public. Fetuses, prisoners, immigrants, homeless, and minorities are easily “othered,” when they are not visible to the wider public. In the food industry, there is even a conspiracy of the othered, as many of the workers in slaughterhouses are undocumented immigrants. We live in an ethically dubious world where we purchase chicken (Tyson) and bacon (Smithfield) in grocery stores with little consciousness or awareness of the systemic cruelty that precedes this sanitized beautifully packaged food. We do not see the blood or hear the screams of animals being cruelly slaughtered for our convenience and empathetic neglect. The line workers in these farm factories slaughterhouses do not have this luxury and many routinely suffer the trauma of PTSD from the prolonged exposure to animal cruelty. There are reasons food corporations do not allow cameras in these factory farms slaughterhouses, because invisibility is their greatest immunity from public outrage. It is a repeated refrain in the gospel accounts of Jesus’ encounters with others in need, “he looks.” Seeing the other is the first step in social justice. CreatureKind is on a mission to reveal the reality of factory farming and its systematic abuse of animals.

Another distinctive characteristic of CreatureKind and Evangelicals for Social Action is its willingness to see reality as various shades of grey. Rather than taking self-righteous black and white positions that demonize those who do not agree, it accepts that people are on a continuum of consciousness-raising and is willing to accept them right where they are. Omnivores are welcome partners in this conversation. This humble acceptance of where people are in their awareness of the ethics of food turns out to be far more persuasive to others. Such gentle acceptance, incremental consciousness-raising, and helping people see the other—in this case chickens, pigs, cows, and fish—is unique among the social justice activist community. Rather than taking a posture of judgmental outrage or the self-righteous do-gooder, CreatureKind and ESA move within the social justice community with gentleness that can only be a reflection of Jesus.

Lastly, CreatureKind is willing to accept the practical agenda of incremental small choices. Rather than insisting on sweeping change, CreatureKind calls the Christian community to embrace the nudge as an approach to social change. A nudge is any aspect of the architecture of choices people make that alters their behavior in predictable ways without forbidding any options or changing their economic incentives. Nudges are not mandates. Having Christian college cafeterias offer vegan options or highlighting certified higher-welfare animal products is a nudge. Banning all junk food or meat is not. This means that ESA’s approach to social justice is realistic about human nature in a broken world. It raises consciousness without attempting to foster a defensive reaction. This is certainly a slower approach, but it is in the end more effective in fostering cultural change.

There is within the social justice movement the tendency to be open handed when it comes to spirituality and close-fisted when it comes to politics. Too often there is a fundamentalist absolutism within the social justice movement as soon as it comes to politics. Coercion reigns. Guilt and shame are dominant tools of discourse. Demonizing those who disagree is common insider political rhetoric. In contrast, CreatureKind and ESA seek to approach these matters with consistent resolve, but with a grace-filled acceptance of the other that is willing to meet them at the point of their spiritual social justice pilgrimage.

It has been said by others that the Lord’s work must be done in the Lord’s way. CreatureKind and ESA start with the gospel and then seek to make the way of grace a consistent method. The goal is to be like Jesus in the midst of our societal oppression. Some may misunderstand their motives, but real change is their goal. Eschewing big pronouncements of sweeping demands, CreatureKind is willing to change our ethical sensitivities one meal at a time.

There are lessons many can learn from their example and tone. One might want to start with eating with a social conscience one day per week, reading Sarah King’s Vegangelical: How Caring for Animals Can Help Shape Your Faith(Zondervan, 2016), hosting a six-week small group course at one’s church, and acquainting oneself with these ethical food organizations. Environmental activism comes in many flavors. It may be best to start at the refrigerator door.