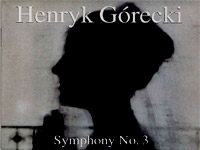 In the last seventy years we have seen popular music gradually take the place of “classical” music in the lives of most Americans. Rock and Country are far more easily accessible than either the mathematics of Pierre Boulez’s total serialism, or the electronically generated works of Karlheinz Stockhausen, or Earle Brown’s studies in chaos. I grant that it is not fair to compare these examples with popular music, but we must see that this is exactly what our culture is encouraging us to do. Today music is to be used, not received, and so if there is no tangible result from listening, that is, if it does not entertain, or help me concentrate on my work, or help me forget my work, etc., it cannot be considered seriously by the general public. If music—and art in general—is simply to entertain, provide escape, or give pleasure during leisure time, why should we be surprised when the general public rejects that which requires reflection?

The growth of the popular culture has been partly due to the vacuum left by the full scale withdrawal of high culture from the realm of relevancy. High culture historically has always repaid careful study precisely because it is the repository of absolutes and universals. One could find hints of the timeless by reflecting on the symphonies of Brahms or Haydn, or by reading Shakespeare or Milton or Goethe. But the modern person sees no point in wallowing in what previous cultures foolishly considered timeless. If Beethoven was offering a glimpse of something more than merely his own interpretation of life the modern man either chuckles to himself at the pretentiousness of previous times, or allows himself a momentary walk down memory lane nostalgically recalling a simpler time when life still made sense.

In twentieth century music, the reaction to Serialism has been a return to tonality in the school of Minimalism. In the Serialist approach, the elements of music are broken apart from one another: pitches, durations, dynamics, rhythms, etc. are strictly controlled, all from the desire to create a replacement for the tonal system Schoenberg and his students inherited from 19th Century Romanticism. However, with proponents like Phillip Glass, Steve Reich, and John Adams, Minimalism has reestablished tonality, but in a new way. Works like Glass’ opera Einstein on the Beach, and Reich’s Music for 18 Instruments offer endless mantra-like repetitions of the same chord or same progression of chords. Minimalism has generated a significant following. Even popular music has adopted its approach in a style called New Age music in which atmospheric and meditative sounds are repeated endlessly in the background of the listener’s consciousness. Minimalism almost asks the listener not to listen too attentively. It offers not food for contemplation, but a backdrop for the listener’s own contemplation of nothing at all. Most Minimalist composers have openly stated their interest in some form of Eastern mysticism. Meditation on nothing has long been considered the way to “enlightenment” in most Eastern religions, but for many in our country it has become the accepted antidote for a stressful day.

But now onto the scene comes Polish composer Henryk Górecki. His Third Symphony appears at first to be similar in style to the works of Glass and Reich, but after reflection we find that while it is a meditative work, it is definitely not about nothing. This work, subtitled “Symphony of Sorrowful Songs,” is about mothers who have lost children. A work like this would seem sorrowful indeed, but ultimately it transcends the sorrow and offers something in the way of real consolation in that it juxtaposes the suffering of the mother who has lost her child in war to the mother, Mary, who has lost her child to the Cross.

The first movement has three sections. The first is a slowly building imitative section in which a theme is played first by the basses and followed by each of the other string voices divided in two parts, so that at the end of the section the theme is being played at different times by 10 different string groupings. At the climax, they stop the theme in order to begin the second section, in which the soprano, singing in Polish, enters to sing a 15th century lamentation of Mary’s at the foot of the cross:

My son, my chosen and beloved
Share your wounds with your mother
And because, dear son, I have always carried you in my heart,
And always served you faithfully
Speak to your mother, to make her happy.
Although you are already leaving me, my cherished hope.

[Lamentation of the Holy Cross Monastery, from the “Lysagóra Songs” collection, dating from the second half of the 15th century.]

Afterward, the power of the height of the string fugato returns, and in this third section, one by one, each of the string voices drops out, to return in the end to only the basses playing the plaintive theme, and then come to a close.

The second of the three movements begins with a radiant color only to darken to the depths before the soprano enters with her text:

No, Mother, do not weep,
Most chaste Queen of Heaven
Support me always.

[The opening words of “Ave Maria” in Polish.]

This prayer was found inscribed on the wall of cell #3 in the basement of Gestapo headquarters in Zakopane, Poland, and was signed by an 18 year old girl with the date of her imprisonment. The movement ends with the soprano intoning a single note in a manner reminiscent of Gregorian Chant, followed by an extended chord held without diminuendo for what seems like forever.

The third movement begins with what is most like typical Minimalism. The strings play the same two notes repeated again and again, but the difference is that the soprano has a most expressive melodic line to sing over this minimal accompaniment. She sings a Polish folk story about a mother searching for her son lost in battle.

Where has he gone
My dearest son?
Perhaps during the uprising
The cruel enemy killed him

Ah, you bad people
In the name of God, the most Holy,
Tell me, why did you kill
My son?

Were my bitter tears
To create another River Oder
They would not restore to life
My son.

O, sing for him
God’s little song-birds
Since his mother
Cannot find him

And you, God’s little flowers
May you blossom all around
So that my son
May sleep happily.

[The words are a folk song in the dialect of the Opole region of Poland.]

The music of this movement winds around with the shape of the text, but in the end there is transcendent resolution, not of the kind found in revenge or in the peace of this world, but in the profoundness of our real situation before God who through suffering has redeemed the world.

This work has surprised everyone in the recording business by being the best selling CD on Billboard’s Classical charts for longer than any in recent memory, selling over 300,000 copies. Why is it that the Third Symphony would command such attention in a world that is overrun with popular music but sells relatively few classical recordings? Because this work speaks to the human condition again. It hints at the transcendent meaning behind “meaningless suffering” and offers the listener neither the insult of a simplistic answer nor the typical 20th century hopelessness before such monumental questions. But before that, even, while the texts and the music are well matched, the music itself offers something to the listener even before the text is known. This is music that is tonal, and therefore accessible; it is “new” in the sense that it is based on Medieval church modes that are archaic and thus unusual, new, and different to general ears; and the melodies themselves are emotionally expressive. This work, when first heard, offers the listener something that seems new and old simultaneously, mysterious and expressive, and it draws on the popularity of New Age music in that it is immediately perceived to be meditative and reflective.

But the most important thing about Górecki’s Third Symphony is that it is reclaiming that position that great music has held in past centuries, that it—and the high arts in general—is a repository of universals, absolutes, truth with a capital T: and that religion has significant things to say to answer the problems facing the modern world. Through works like this one we may see life breathed back into the high culture, perhaps even the idea that high culture is worth pursuing again; that it has something worth saying.

The power and beauty of Henryk Górecki’s Symphony #3 must be appreciated by listening to the piece, rather than by simply reading about it. For those who wish to purchase it, a fine recording has been released on the Elektra Nonesuch (Time Warner) label (79282-2), with the London Sinfonietta, David Zinman, conductor, and Dawn Upshaw, soprano. For those who wish to borrow a copy, many public libraries now have music libraries, featuring both this work as well as some of the other works mentioned in Hodges’ review. If possible, listen to Górecki’s piece more than once, thinking about the words as you enjoy the music. It can be helpful to listen to and discuss the work with a small group who have had a chance to read Hodges’ review.

For those who are willing to invest a bit more time, listening to work(s) by some of the other composers mentioned by Hodges to compare and contrast with the Third Symphony would be an added treat. Though the specific work(s) mentioned in the review may not be available in your public library, other pieces by the same composer can be substituted.

For an interview with John Hodges concerning the Third Symphony (including a few brief snatches of Górecki’s work along with a contrasting excerpt from a piece by Phillip Glass), listen to the May/June 1993 Mars Hill tape. Mars Hill Audio, a superb bi-monthly audio magazine of contemporary culture and Christian conviction which we strongly recommend to you, are produced by Ken Myers, author of All God’s Children and Blue Suede Shoes (Crossway).