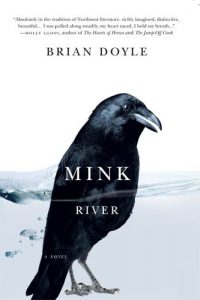 The Nun’s Funeral
The old nun’s funeral was held at dawn, in accordance with her specific wish that her life be celebrated as holy light was reborn in the world, and also at her direction the ceremony was held at the school, in the auditorium, where, as she had written in her meticulous mathematical handwriting in her will, she had spent so many thousands of hours in work and prayer and song, and where she wished, in a manner of speaking, to conclude her story. The Department of Public Works arranged all details of the event and the doctor quietly paid for coffee and rolls and fruit afterward.

The old nun had asked that the reading at her funeral be from the Acts of the Apostles, and she asked further that each reader read one sentence, so that many members of the community might thus weave their voices together in prayer for the unimaginable voyage of her spirit.

And when the day was fully come, they were all with one accord in one place, said the priest.

And suddenly there came a sound from heaven as of a mighty rushing wind, and it filled the house where they were sitting, said the doctor.

And there appeared to them cloven tongues like as of fire, which sat upon each of them, said Maple Head.

And they were all filled with the spirit, and began to speak with other tongues, as the spirit gave them utterance, said Owen.

And then they said to one another, what meaneth this?, said Worried Man.

Others mocking said, they are full of new wine, said Cedar.

And Moses the crow lifted up his voice and said unto them, There are wonders in heaven above, and signs in the earth, and she is raised up, and loosed are the pains of death, and therefore does my heart rejoice, and my tongue is glad, and I rest in hope. I am full in joy.

Now when they heard this they were pricked in their hearts, and they prayed and sang, and many wonders and signs were seen, and breaking rolls of all sorts and shapes even unto those stuffed with orange and red jam, they did eat with gladness and singleness of heart, and an acre of rolls and a sea of coffee disappeared with wonderful dispatch, and the school basement echoed with stories and laughter, and when finally they streamed forth from the school into the bright morning they walked in joy and peace, some to visit Daniel at the doctor’s house, and some to work, and some to sea, and their thoughts were various and intricate beyond understanding, being composed of yearning and content and joy and despair in unequal measures, but each one, male and female alike, young and old, walked with an elevated spirit, and was memorious of the old nun, who had a laugh like the peal of a bell, and was unfailingly tender with everyone, and cut her own hair, and twirled a lock of her hair with her right hand while she wrote with her left, and sang exuberantly, and never buttoned the top button of her coat, and never lost her temper with her students, and loved to watch storms at sea, and carried her worn wooden prayer beads everywhere, and knocked on doors with both hands at once, and wore only red hats, and gave away books after she read them, and wept sometimes for no reason she knew, and loved to walk along the beach, and ended each walk along the beach by staring longingly out to sea, and was fond of saying to Moses, as she undid her coat after a walk and hung up her hat and set the teapot going on the stove, Our paths are in the mighty waters, Moses, and so are holy and hidden.