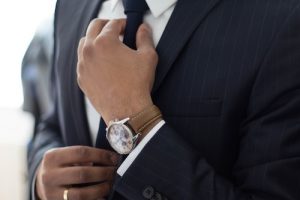 In the April 15, 2019 issue of The New York Times, columnist David Brooks published a thoughtful opinion piece titled, “Five Lies Our Culture Tells: The cultural roots of our political problems.” Brooks states the obvious, namely that something is badly amiss in our world. Then, however, he suggests that contrary to popular opinion the roots of the problem are not political and economic but instead are found on a far deeper level. “The whole country is going through some sort of spiritual and emotional crisis,” he writes. “College mental health facilities are swamped, suicide rates are spiking, the president’s repulsive behavior is tolerated or even celebrated by tens of millions of Americans. At the root of it all is the following problem: We’ve created a culture based on lies.”

Career success is fulfilling. This is the lie we foist on the young.
I can make myself happy. This is the lie of self-sufficiency.
Life is an individual journey. This lie encourages people to believe freedom is the absence of restraint.
You have to find your own truth. This is the privatization of meaning.
Rich and successful people are worth more than poorer and less successful people. We pretend we don’t tell this lie, but our whole meritocracy points to it.

Some of these lies are occasionally expressed blatantly, and all are implicitly built into the structure of the marketplace, the assumptions of the media, the values celebrated in popular music and the stories told in the movies. Cultural lies are very insidious. Even if seldom spoken aloud they advance by stealth, quietly being assumed instead of argued and so rarely questioned they soon become accepted without question. When they don’t come true we assume we must be at fault. Those who pride themselves as being out of the cultural mainstream are usually touched by them, even if in no other way than to embody a reaction against them.

As Christians we should need no convincing that in a fallen world every human culture contains a web of lies. This is what the Scriptures mean when it identifies the “world” as an enemy of the soul. Along with the flesh (our fallen nature) and the devil (evil powers that tempt us away from the good) the world is something that we cannot escape and must beware. Human beings are created for community and yet all the systems we create—political, economic, cultural, sociological—tend to subtly align themselves against the kingdom of God. Because we must of necessity live within them we must learn to be discerning so we aren’t drawn into patterns of life or values or ideas that are contrary to the word of God.

This process of discernment is complicated by the fact that the lies we discover usually are subtle perversions of the truth. Consider the first lie identified by David Brooks: Career success is fulfilling. It’s close to the truth but the distance is damning. We are created for work, and being made in God’s image means our work is of value, and can be intensely satisfying. Still there is a fine line between that truth and the notion that human fulfillment is found ultimately in a successful career. The first is a great grace and the second quickly becomes a stifling slavery.

All of which suggests an exercise in discernment for the Christian.

Questions for reflection and discussion:
1. Read the article written by David Brooks. What in the piece particularly caught your attention? Why?
2. How do you respond to the five lies listed by David Brooks? Did any of them surprise you? Where do you see them expressed? Why do so many find them attractive enough to believe they are the truth? Do you agree they are lies? Why or why not?
3. What other lies do you believe our culture tells us? Where do you see/hear these lies? Why are they dangerous?
4. What lies does the evangelical community (or wider church or popular expression of Christian faith) tend to tell?