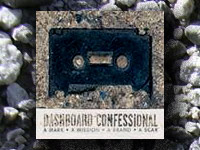 In a world without boundaries, relationships are leaving their scars. Sex has been disconnected from love. Living together divorced from marriage. Marriage no longer assumes heterosexuality. Traditional morality, as it bears on contemporary relationships, is rarely given a second thought. These are confusing times for teenagers, college students, and twenty-somethings. Only one constant remains: the longing and the loss.

Pop music has been filled with anger and lust. But a deeply personal and human side of music has emerged in an arty offshoot of hardcore punk called emo, which has emerged as an important force in underground rock. This past year emo went mainstream. It is today one of the most widespread and hottest musical genres in the contemporary rock scene. Spin magazine named emo the “Music Trend of the Year.” Of their top 40 “Best Albums of the Year,” emo-oriented bands had four of the top spots (The Jealous Sound at #39; Brand New at #35; Dashboard Confessional at #17; and Thursday at #7). It is, in the words of one music-critic, “post-millennial punk’s very own version of Paul Simon.”

“Emo” is short for emotional. Emo is emotionally-charged punk rock that focuses on the affairs of the heart or the personal situations that propel self-pity and melancholy. It’s about loneliness, longing, and loss. “The newfound popularity of emo is most likely a backlash against the garbage being force fed to us by radio and the media. It’s a perfect alternative for anyone who’s sick of boybands, formula Hip-Hop, Alterna-Metal and/or Grunge,” writes Chad Kempfert in Alternative Music. Groups such as Weezer, Get Up Kids, Jimmy Eat World, Thursday, and Dashboard Confessional are making human connections out of the shared experience of relational heartache. And if their popularity is any indication, heartache abounds.

Dashboard Confessional’s third album, A Mark, A Mission, A Brand, A Scar entered the charts this year at #2. Chris Carraba, songwriter/singer of Dashboard has become the poet laureate of emo. The name of the group, Dashboard Confessional, suggests two images: driving alone, thinking or driving with a friend and having a deep conversation. The child of divorce and an absent father, Carraba grew up in Boca Raton, Florida as an introverted, introspective, sensitive, cautious loner. Today at 27, he has overcome severe stage fright to give nightly performances of gut-wrenching vulnerability and honesty. In a world of corporate spin and image packaging, Carraba is the North Star of emotional authenticity. “After years of post-modern irony, camp, and nobody in rock ‘n’ roll meaning anything they say,” writes Jim DeRogatis about emo, “these groups are not only daring to share what they feel are truths, they’re striving to share them with poetic flair.” Carraba’s songs are autobiographical and poignant so that they are able to connect with similar experiences and emotions of his fans. “The feelings felt awkward and strange and lonely and mine exclusively, so I didn’t think anyone would embrace it,” he told Megan Finnerty. “Now I have to hold myself to that standard. It’s pretty draining, but shouldn’t it be? It’s not easy for me to be so glaringly honest…which might be why I’m so passionate, because I really have to work to make that come across.” Emo fans are in touch with their emotions. They cry at concerts. Those who are not in touch with their feelings despise them—“whining wimps” is a fairly common description.

What do we make of the commercial emo movement? First, we would have to say that it is an improvement over Hip-Hop’s misogynist tendencies and hardcore’s celebratory anger. “When people are devoting themselves to soulless pop, it’s good to see something, anything, relating to kids on a gut level,” writes Dan Miller, in his article “In Defense of Emo.” Christian music critic Walter Meuller observes, “Dashboard Confessional never objectifies women. The music world is littered with artist and performers who virtually and lyrically denigrate women to the level of sexual objects. Absent is a respect for the personhood of individual females created in the image of God.” While this is true, and emo shuns the male-oriented booty shaking lyrics, Dashboard Confessional does expose the weaknesses of contemporary relationships. If pain is an indication that something is physically wrong with one’s body, then chronic psychological scars are indications that something is terribly wrong with contemporary dating. A closer look at Dashboard’s latest CD uncovers some telling contemporary attitudes toward sex, love and relationships.

First, love means more than sex. A Mark, A Mission, A Brand, A Scar begins with the song “Hands Down” with a couple musing on life and love after a night of lovemaking.

Breathe in for luck, breathe in so deep
This air is blessed, you share with me.

This night is wild, so calm and dull,
These hearts they race from self-control…

The words are hushed, let’s not get busted.
Just lay entwined here, undiscovered.

Safe in here, from all the stupid questions.
“Hey did you get some?”
Man that is so dumb.

Sex is more than a score. It is signal of transcendence. It points to the spiritual nature of our beings. These lyrics suggest that there is something more that mere appetites involved.

Second, sex does not wait for love. Just as “hearts race from self-control,” so too, sings Carraba, “there is no sense in waiting.”

This is easy as lovers go.
So don’t complicate it by hesitating.
This is wonderful as loving goes.
This is tailor-made, what’s the sense of waiting…

You’ve got wits, you’ve got looks,
you’ve got passion,
but are you brave enough to leave
with me tonight?

Sex has been disconnected from commitment—and unquestionably from the permanent, life-long commitment of marriage. Such a view is a foreign concept and even more a foreign experience to a growing number of young adults.

Third, love is qualified by distrust. The taken-for-granted assumption of relationships is that permanence is an impossible goal. All that is certain is loneliness and betrayal. In “Carve Your Heart Out Yourself,” Carraba decries the a priori assumptions of lovers. Afraid of being hurt, we guard ourselves against high expectations.

Carve your heart out yourself.
Hopelessness is your cell.
Since you’ve drawn out these lines,
Are you protected from trying times?

Man it takes a silly girl
to lie about the dreams she has.
But lord, it takes a lonely one to wish
that she had never dreamt at all…

Oh you’re so sure
that I’ll be leaving in the end,
you’re treating me like I’m already gone.

Our hearts are not designed for serial relationships. With each, we lose a part of ourselves, and with the ensuing scars make it harder to experience what God intended in sex and love. Without the boundaries of permanence, we cannot truly give fully of ourselves. There is always something that must be held back. In the end, we squander the expectation and reality of true love.

Fourth, true love is ultimately an illusive dream. The longings are real, the expectations an illusion. There is in emo that which is truly human. There is also the awareness of the existential absurdity of relationships themselves. They come pre-packaged with pain. The cynic leaves the wounds to form scars. The romantic picks the scabs and lets them bleed. As Carraba sings, “If you can’t leave it be, might as well make it bleed.” Sadly, he acknowledges that seeking love is nothing more than chasing a ghost.

But you’re chasing the ghost of a good thing.

Haunting yourself, as the real thing
is getting away from you again,
while you’re chasing ghosts.

There is something deeply human in the words and music of Chris Carraba. He touches something in our hearts that is real. We dare not lose these longings for they point to the source of love. Our problem is not that we are too romantic, but that we are not romantic enough. Such was C.S. Lewis’ warning that we are too easily pleased. True love orders its longings within created boundaries and grounds its expectations in the One who is Love Himself. Casual sex, serial relationships, a community of shared heartbreak—are all symptoms of true longings. It is best to acknowledge first that which is truly human before pointing to the problems and solutions. This is worth remembering the next time we are driving with a friend who begins his or her dashboard confession.