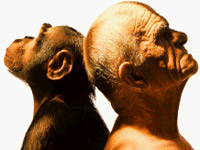 The argument from design is one the oldest for the existence of God. It deduces the existence of a Designer-God from the evidence for design—the order, complexity, and beauty in the universe. In the 18th century William Paley argued that finding a watch on a beach was evidence of a watchmaker. Later, under the influence of Darwin and others, Richard Dawkins dubbed natural selection the “blind watchmaker.” His argument is simple: in nature’s economy watches may not happen by accident, but people do.

In his recent book, Darwin’s Black Box, Lehigh University professor Michael Behe puts an engaging new spin on an old argument. In his words, “Black box is a whimsical term for a device that does something, but whose inner workings are mysterious.” According to Behe, Darwin’s theory is a black box in that it makes grand claims about its ability to explain the origins and development of life, while offering little explanation as to exactly how evolution actually happened. But now biochemistry has lifted the lid on Darwin’s box and found inside a picture of life far more complex and beautiful than Darwin could have imagined. Behe argues persuasively that Paley was right: life is not a cosmic accident; it is the purposeful product of a divine watchmaker.

Darwin’s On the Origin of the Species has been considered by many to be the ultimate refutation of the argument from design. Darwin replaces Paley’s watchmaker with natural selection, endowing it with almost god-like powers to create the appearance of design. The plausibility of Darwin’s idea rested, among other things, upon the assumption that living things, especially the earliest and simplest, are actually rather simple. For example, Ernst Haeckel, a nineteenth century German fan of Darwin’s, described a cell as a “simple little lump of albuminous combination of carbon,” i.e., the perfect raw material upon which natural selection might work its magic. In truth, however, the simplest living organism is more intricate than the most complex machine. One of the strengths of Behe’s analysis is his ability to illustrate the wondrous complexity of life in terms that both the scientist and the layman can relate to—and even more importantly, not put either to sleep in the process.

Irreducible Complexity
For example, Behe’s treatment of the “development of the eye problem” is delightful. The development of the eye (and other complex organs) have long been the subject of debate among evolutionists. Do they come to pass all at once? Not likely. Can they be built one step at a time? Darwin’s answer was, in brief: tricky, but possible. Behe’s reply: no way. To him the eye represents a fine example of “irreducible complexity.”

A system that is irreducibly complex is “composed of several well-matched, interacting parts that contribute to the basic function, wherein the removal of any one of the parts causes the system to effectively cease functioning.” Think of a lamp without a lightbulb, or a car engine without pistons and you’ve got the picture—take away one of the elements of an irreducibly complex system and the rest is worthless. The eye, Behe argues, is a biochemical marvel of irreducible complexity. Behe’s description of what happens when a photon strikes the retina of an eye is an improbable chain of cause and effect that would have made Rube Goldberg proud. Break the chain at any point and it is useless. Build it slowly, one link at a time, and you’re burdened with a useless organ for ages. Behe’s conclusion? The eye (and the immune system, and blood clotting factors, to name just a few) are stunning examples of design.

God: in the Details or in the Gaps?
In response, University of Chicago evolutionist Jerry Coyne, writing in the September, 1996 edition of Nature, replies that just because Behe can’t imagine how such systems evolved doesn’t mean they didn’t. Noting that many of the parts of Behe’s irreducibly complex systems have other functions in the body, Coyne concludes that these irreducibly complex systems “have been rigged up with pieces co-opted from other pathways.”

Deftly sidestepping the chicken-or-the-egg conundrum inherent in his charge, Coyne then levels his most damning blast at Behe: “The regressive ad hoc creationism may seem clever, but it is certainly not science.” So, it seems that any theory that entails supernatural agency or intelligent design is by definition unscientific.

“Nonsense,” answers Phillip E. Johnson in the October, 1996 issue of First Things. “On the contrary, the concept that the universe is the product of a rational mind provides a far better metaphysical basis for scientific rationality than the competing concept that everything in the universe (including our minds) is ultimately based on the mindless movements of matter. Science has come as far as it has because scientists of the past were willing to describe the universe as it really is, rather than as the prejudices current in their times would have preferred it to be. The question is whether today’s scientists have lost their nerve.”

The Debate Goes On
I am pleased to enthusiastically recommend Darwin’s Black Box. Unlike many Christian writers on science, Behe is a real scientist, and unlike most science writers, he has a delightful way with words. His work is a valuable and, I hope, enduring contribution to the on-going debate on the place of God in science.

Further Reading:
“Is Science a Religion?” by Richard Dawkins in The Humanist (January/February 1997) pp. 26-29. This is the speech Dr. Dawkins, the Charles Simonyi Professor of the Public Understanding of Science at Oxford University, gave upon accepting the 1996 Humanist of the Year honor from the American Humanist Association.

“It is fashionable to wax apocalyptic,” he begins, “about the threat to humanity posed by the AIDS virus, ‘mad cow’ disease, and many others, but I think a case can be made that faith is one of the world’s great evils, comparable to the smallpox virus but harder to eradicate.”

In April, 1994, Johnson and Provine met to debate naturalism, Darwinism, and the nature of science. (For those who might be unfamiliar with these names, William B. Provine is the Charles A. Alexander Professor of Biological Sciences at Cornell University, and Phillip E. Johnson is the Jefferson E. Peyser Professor of Law at the University of California, Berkeley.) Their debate is now available on video, which with this study guide, provides much food for thought and even more fodder for discussion. Even those who have no background in science and philosophy will find the video and study guide informative. The study guide includes suggestions for leading a discussion group on the debate, outlines, a transcript of the video, masters for handouts and overhead transparencies, questions for discussion, a series of appendices on definitions of terms, the Cambrian explosion, irreducible complexity, and more. The video debate itself lasts 1 hour and 46 minutes; enough material is included in the study guide to provide up to six hours of discussion and study.

The video “Darwinism: Science or Naturalistic Philosophy?” is available for $19.95 (+ $2 for shipping); the study guide costs $12 (includes shipping) from Access Research Network.

Other videos available from Access Research Network (for $19.95/video) include:

On reading Darwin’s Black Box and Coyne’s response to him in Nature, one is struck by the feeling that they are talking past one another rather than addressing the identical questions. Part of the problem is a lack of shared definition: What is design? And what would a designed world look like? Reading Dawkin’s The Blind Watchmaker and Hugh Ross’ The Fingerprint of God before tackling these questions will help fuel what should be a lively discussion.
Coyne’s accusation that no designer theory can be scientific begs an important question: Must a scientist be a methodological naturalist? If yes, how could we ever properly understand a designed universe? If no, how do we avoid writing equations that include symbols which mean “a miracle occurs here”? (Chapter two of J. P. Moreland’s Christianity and the Nature of Science, “Scientific Methodology,” is demanding reading, but it can help give focus to what otherwise might be a sloppy discussion.)