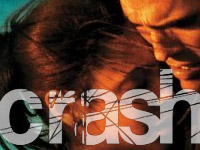 One of the more delightful parts of my work as a campus minister at the University of Texas at Austin is watching films with students. For us it’s a practical and valuable exercise in developing discernment. Mary Jane prepares dinner for the crowd, we eat, watch the film, and then spend a few hours talking about it.

In our discussions the central questions rarely vary from film to film: we talk about the ideas presented in the film, what makes these ideas attractive, how buying into them influences the way we live our lives, and what kind of questions we’d like to discuss with writers and directors. But inevitably someone raises another question: Is this a good movie?

It’s a question that makes me cringe.

Often when we say a movie is good, all we mean is that we find it entertaining. To combat this know-nothing approach to film I periodically offer a seminar entitled “Watching Films to the Glory of God” that raises the question without really answering it. My goal isn’t to talk about what I like in films as much as it is to make students think about what they like and why. So we review the technical aspects of movie-making, performance, creativity, content, and, yes, the entertainment value of film.

My goal here is different. In this review I want to confess what I as a follower of Jesus Christ have come to value in films and why, and to explain why I think Crash is a very good film.

Let me explain. The greater part of my struggle as a Christian middle-aged man isn’t to understand things better, it’s to translate my understanding into something more. All too often there is a disconnect between what I know to be true and the way I really see things. For example, losing my temper with my wife once produced a biblically sound sermon on anger, which unfortunately didn’t help me one whit in my struggles with my temper. This is not only evidence that my sanctification isn’t complete, it shows that the way I look at the world isn’t very Christian.

Having a Christian world view is more than having biblical answers to the basic philosophical questions. It’s having those answers by God’s grace actually shape the way I see, understand, and feel about the world. For me a good film is one that helps me do this better.

Crash follows the lives of several people over a 36 hour period: a black police detective (Don Cheadle) with an ailing mother and a thieving little brother; two young car thieves (Chris Bridges and Larenz Tate) who are constantly debating society and race; a image-conscious district attorney (Brendan Fraser) and his spoiled, depressed wife (Sandra Bullock); a racist veteran cop (Matt Dillon) who disgusts his more idealistic younger partner (Ryan Phillippe); a successful black Hollywood director (Terrence Howard) and his wife (Thandie Newton); a Persian-immigrant (Shaun Toub) who buys a gun to protect his shop; and an Hispanic locksmith (Michael Pena) and his young daughter (Ashlyn Sanchez) who is afraid of bullets. Their lives don’t so much tell a story as raise a host of questions.

This isn’t a coincidence. In an interview with the BBC, Crash director Paul Haggis described a good film as one that “…makes you ask questions of yourself as you leave the theater.” Many of the questions he asks in Crash deal with race. Indeed, one reviewer reduced his take on the film to two words: Racism lives!

Yet while Haggis is clearly quite dismayed by the many manifestations of American racism, he doesn’t fall prey to the cynicism that is such a tempting response to it. Indeed he takes great pains to make us see that the Most Offensive Racist in his story, Matt Dillon’s cop—has a tender side, too, (e.g., he loves his sick and aging father) and is capable of true greatness (e.g., he risks his own life in rescuing a black woman from a burning car). In his tale Haggis takes care to show that almost every one of his characters is both racist and remarkable.

Making sense of our greatness and our depravity was at the heart of Blaise Pascal’s faith and of his world view. In his Pensees he wrote:

It is dangerous to let a man recognize too clearly how much he has in common with the animals without at the same time helping him to realize his greatness. It is also unwise to let him see his greatness too clearly without realizing his baseness. It is even more dangerous still to leave him in ignorance of them both. So it is advantageous to draw attention to them both.

The danger of not recognizing our depravity? The evil in us hides itself from us. When was the last time you were surprised by the depths of your own depravity, when you did something that shocked even yourself? In Crash the Persian shop owner, Farhad, sees himself as a good man surrounded by thieves. But when disaster strikes, and his shop is looted, his anger drives him to attempt murder, an act that he would never have thought himself capable of.

Ryan Phillippe plays the good cop counterbalance to Matt Dillon’s racist bad cop. His character is sympathetic, sensitive, one we like to like. But caught in the grip of his own fears and prejudices, he commits the most shocking and brutal act in the story.

Matt Dillon’s character sums up this danger well, when he says, “You think you know who you are. You have no idea.”

The danger of not seeing our greatness? When confronted with our depravity we see nothing worth redeeming. A common take on Crash among students was “Haggis just thinks we’re all scum.” My response to them was to urge them to look closer.

Perhaps the most winsome character in the film is the locksmith, Daniel. He works hard, treats people with respect, and cares for his family. In a scene that is the emotional high point of the film, he whimsically calms his daughter’s fear of bullets with an invisible cape, which he promises will protect her from harm. So when she returns from school one day to find him held at gun point by Farhad, who imagines him responsible for the destruction of his shop, she flings herself between her father and the gun, imagining the cape will protect her from harm. And it does, in a way.

Later, in explaining what happened, Farhad calls it a miracle: “an angel” intervened to save the girl and him from harm. And while still later we learn that what we witnessed was not a miracle in the strict sense of the word, it was nonetheless as good an illustration of the grace of God at work as I’ve seen recently in film.

Of course this is only my take on Crash. And I fear that if Paul Haggis were here he would take issue with much that I’ve seen in his story. After all, his intent was just to raise questions, and I’m still old-fashioned enough to think that the real meaning of a film is what the writer/director intended it to be. Still I am free to supply answers to those questions from my own faith, and in so doing to more fully flesh out my world view.

In Prince Caspian, C. S. Lewis wrote “You come of the Lord Adam and the Lady Eve… And that is both honor enough to erect the head of the poorest beggar, and shame enough to bow the shoulders of the greatest emperor in earth.” Biblically speaking there is a glory to being human. God has made us in small way to be like himself, in his image, and in so doing has crowned us with glory and honor. This side of the fall there is also great shame in being human, for there is no part of us that is not touched and disfigured by our sin.

At times the shame I see in other people overshadows the glory God created in them. Even as I verbally and mentally reject racial stereotypes, I still often see stereotypes instead of people. And as Pascal said, calling attention to this, as Haggis has in Crash, is “advantageous” because it amends my seeing, bringing it more in line with my thinking.

And at others, especially while struggling with the persistence of my own sinfulness, I need to be reminded of the glory of how God has made me and of his grace at work in me to restore me in his likeness. Perhaps this is why Crash takes place during the Christmas season.

After all, living in hope is easier when we have a reason for it.