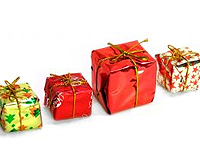 A Diary of Private Prayer
by John Baillie, Fireside Edition, 1949. (devotional)
Teach us to pray. If this has ever been a desire of your heart, then I suggest this little book. Framed by the rhythm of days, Baillie has written month of private prayers for morning and evening. There is a time for the very simple prayers of “Help me, help me” and the breathed, “Thank you, God!” but I also crave prayers that address Him with more complexity, with wonder and respect. Rather than being offed by his use of Thees and Thous, I’m drawn in to confess, worship, praise.

Forbid it, O Father, that the difficulty of living well should ever tempt me to fall into any kind of heedlessness or despair. May I keep it ever in mind that this human life was once divinely lived and this world once nobly overcome and this body of flesh, that now so sorely tries me, once made into Thy perfect dwelling-place.

Show Thy loving kindness tonight, O Lord, to all who stand in need of Thy help. Be with the weak to make them strong and with the strong to make them gentle. Cheer the lonely with Thy company and the distracted with Thy solitude. Prosper Thy Church in the fulfillment of her mighty task, and grant Thy blessing to all who have toiled today in Christ’s name. Amen.

A Lady’s Life in the Rocky Mountains
by Isabella L. Bird, Univ. of Oklahoma Press, 1960. (memoir)
From September through December of 1873, a young English woman wrote letters to her sister as she traveled on horseback through the mountains of Colorado. I picked this up on a whim when we were at the ranger’s station near Grand Lake, not expecting such a riveting read. Hers was a journey of 800 miles on horseback, many of them alone, some of through trackless wilderness in the midst of winter storms. Today, many of the places she visited are popular vacations spots, back then they were not fit for either tourists or women. Her spunk, good humor, and keen-eyed descriptions of mountain peaks, ranges and frontier towns (she called Colorado Springs “a decayed-looking cluster of houses bearing the arrogant name of Colorado City”), are fascinating because we recognize them. She often falls into worship as she tries to fathom the creator who was author of such extravagant beauty. Not a girly book: Denis enjoyed it, too.

World Next Door, 100 Market St, Chattanooga, TN
www.worldnextdoormarket.com
These days there are plenty of enterprises offering fairly traded and hand-crafted goods of people from emerging economies, and we like to support them where we can. The goal of Fair Trade is the direct exchange of goods based on principles of social and economic justice. This is the first time I’ve ever recommended a specific store – World Next Door owned by Kim & Will Honeycutt. Working with organizations that represent more than 40 of the earth’s poorest nations, their store offers handmade products that are both beautiful and useful. For example, they have impressive baskets from Nepal made of woven plastic. (normally I’m reluctant to use the word impressive and plastics in the same sentence); they are surprisingly attractive and really sturdy. My favorite product is Elephant Poo-poo paper – made into notepaper and stationary. Yes, exactly what you’re thinking, but, of course, 100% recycled, earthy, and altogether lovely. Lots of kids would enjoy this paper for the idea alone. They have a cool website, check them out.

The Latehomecomer: A Hmong Family Memoir
by Kao Kalia Yang, Coffee House Press, 2008. (memoir)
When Kao Kalia Yang was a baby her parents often asked, “What are you?” and the right answer was always, “I am Hmong.” Not a name or a gender, but a people. Although Yang is a young woman, she’s lived through enough change and suffering to fill a century. This is a well written, painful, sometimes joyous, account of her family’s escape from Laos, her birth in a refugee camp in Thailand, to the life as immigrants in St. Paul, MN. Throughout the book she weaves in the religious beliefs and history of the Hmong who are a people without a home country. The Hmong were originally farmers, making their living from the jungle hillsides of Laos and Cambodia. Though small in stature they were a strong, tenacious people living in close communities. Their undercover involvement with Americans during the war with Vietnam left them completely vulnerable to genocide after the Americans pulled out. In America they learned to work at whatever they could find in order to support themselves. As I read I was reminded of “You shall treat the stranger who sojourns with you as the native among you, and you shall love him as yourself, for you were strangers in the land of Egypt: I am the Lord your God.” (Leviticus 19:34.) This book has helped me appreciate the Hmong and other displaced, immigrant peoples who live as neighbors right here in Rochester

Viper Rum
by Mary Karr Poetry, Penguin Books, 1994. (poetry)
Author of best selling The Liars Club, Karr was a poet before her memoirs hit the big time. Her conversion to Christianity (Catholicism) as an adult changed the trajectory of her life, but not her unflinching reflections about that life. Her poetry glimmers, and her faith flashes in unexpected places, illumining her soul. Personal catharsis is portrayed in many guises from the sexual to the spiritual; don’t expect her to spare you with subtleties too difficult to imagine or understand. Included is her essay “Against Decoration” which began a national controversy over her belief that poetry shouldn’t be embellished with verbal ornaments and “high-brow doily making,” rather poetry ought to be personal and accessible.

Home
by Marilyn Robinson, Farrar, Straus & Giroux, 2008. (fiction)
Home (just the word itself denoting place) embodies my most tender hopes for love and perfection, a place of safety and warmth where we might live forever. Perhaps this is evidence that it is God-made, an impossible longing that springs from our very DNA. Robinson takes us to that place in a peaceful town in Iowa where on the surface, it might seem possible to find perfect home. We are soon disabused of that notion as layer by layer the heart of this family is gently exposed. Like Gilead its predecessor, Home is most notable for its spirituality. Its language has a scriptural power and resonance. Much of the imagery is biblical, especially of Jack, the main character, who is both Prodigal Son and a “man of sorrows.” Reviewer Salley Vickers writes, “Home is not a novel in which plot matters. Like Jane Austen, but in a different key, Robinson’s intentional focus is the super-subtleties of human exchange. The heart of this utterly absorbing, precisely observed, marvelous novel is the fumbling inadequacy of love, its inability to avert our terrible capacity to wound and maim, not even but especially, those nearest and dearest to us.” I continued to ponder this novel long after I read it.

Louise, The Adventures of a Chicken
by Kate DiCamillo & Harry Bliss, Joanna Colter Books, 2008. Children’s picture book.
Louise is a winsome little hen who wanted more excitement than the henhouse offered so she left hoping to find adventure. She found more than enough at sea, in the circus, and at the hands of a tall, dark stranger. In the end, the pleasures and perils she encountered couldn’t replace the allure of home where she was surrounded by her sisters, she was “inside the henhouse, safe and warm, [where] all the chickens slept the deep and dreamless and peaceful sleep of true adventurers.” I love DiCamillo’s stories and this is no exception. The illustrations are so completely charming – Bliss makes a wonderful partner in putting together this book. This is a great book to give to children ages 3 to 7 or just to have because you love the art of well-done picture storybooks.

The Prodigal God
by Timothy Keller, Dutton, 2008.
This is the second book published by Tim Keller in 2008. (In the first one The Reason for God, he offers rational explanations for belief in God – I recommend it, also.) Since 1989 Keller has led a church in Manhattan – many predicted it would be impossible to establish. However, the church has continued to grow as it reached people who live and work in the city – many of them young, professional, in the arts, and non-Christian. The Prodigal God unlocks the treasures of this familiar parable to bring a particularly hopeful, unexpected message to both the skeptic and the old religious guy, like myself, that’s been around the church for years. Using the word “prodigal” in its original meaning (recklessly extravagant) to refer to God, I loved this message of grace that is for the irreligious younger brother and the moralistic uptight older brother. It’s a beautifully bound, small book and may be just right for someone considering Christianity.

So Brave, Young, and Handsome
by Leif Enger, Atlantic Monthly Press, 2008.
Set mostly in the old West, this is also a story of forgiveness, redemption and finding home. Monte Becker – “a man fading, a disappointer of persons” – has lost his sense of purpose. Monte’s only success lies long behind him, and he lives a simple life with his loving wife and whipsmart son until he befriends an outlaw. Beginning in Minnesota and ending in California he embarks on a long and dangerous journey where a new world of opportunity and experience presents itself. This has all the elements of a great story: mystery, romance, outlaws, murders, and strange acts of nature. Enger weaves them all smoothly together to create a good read for all ages.