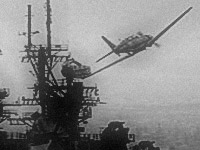 A few years ago Elizabeth Kristol did a brilliant little piece on tolerance in a pluralistic society. It was a disarming critique of the multiculturalism that has captured so many otherwise bright minds in America. She wrote,

…differences among people persist… It is a peculiar quirk of life that the fundamental similarities that exist among individuals say the least about us. We derive our sense of identity and pride not from putting on our pants one leg at a time but from our lifelong investments in particular worldviews, philosophies, and beliefs—and these are the qualities we hope others will respect and tolerate… True tolerance means looking differences squarely in the eye and admitting the appalling fact that when other people seem to differ from us, this is because they actually believe their view of the world to be true.

I think about Kristol’s essay often, especially when I hear the charge leveled at Christians —and it seems increasingly to be leveled—that their religion is, by definition, divisive and intolerant, disturbing of the civil peace and prone to breed hatred. I do not say that Christians have done nothing to invite the charge, nor that it’s a peculiarly modern one. The great American poet, Henry Wadsworth Longfellow, in his 1863 poem, “The Birds of Killingworth,” caricatured, in the figure of a minister, intolerant Christians: sour to life, to love, and, generally, to other living things. As the poem ends, the unhappy preacher, “the instinct of whose nature was to kill,” is walking down a country road lopping off bright flowers with his cane!

But it isn’t just the malicious fringe that gets written off (as it should). In our time even orthodox Christians trying to be thoughtful and winsome seem to come in for it. The logic is, “He who disagrees must also despise.” For instance, in the public discussion of hot issues like abortion and same-sex romance, merely to express the traditional Christian conviction that these things are morally wrong and socially destructive is, all too often, to find oneself called a hatemonger and a loveless person. But I should like to leave these two nettles for another time, and tell a story that illustrates the power Christianity has to soften hatred rather than spawn it.

This is a true story about Pearl Harbor, timely in this 60th anniversary of the World War II bombing of Pearl Harbor, Hawaii, by the Japanese on December 7, 1941.

2,403 American men and women died in the surprise attack on the U.S. Pacific Fleet at Pearl Harbor, and some 1,100 were wounded. 353 planes (in two waves) left the decks of six Japanese aircraft carriers in the pre-dawn hours of that Sunday morning, led by one flying ace, Lieutenant Commander Mitsuo Fuchida (he’s represented by name in Bay’s movie). Fuchida hated Americans. While looking down from his plane on the black smoke billowing from the listing battleships around 8 a.m. that morning, he realized that the attack was a success, and later recalled that at that moment “my heart was almost ablaze with joy.” At home, Fuchida became a national hero.

But Japan lost the war and when it was over, the Allies disbanded the Japanese army and navy and so Fuchida went into farming. He was called to testify at the war crimes trials that eventually took place in Tokyo, but thought it all so much hypocrisy: surely the Americans had committed atrocities upon their prisoners of war, too. In search of evidence to document this double standard, Fuchida ran into an old navy buddy who had been interned as a POW in the United States. Fuchida’s friend reported rough treatment but no atrocities; and he told of the strange kindness of an American teenager, Peggy Colby, who helped at the prison camp as a volunteer social worker. She served the Japanese prisoners with tireless energy and graciousness. After three weeks of this, one of the prisoners finally asked her, “Why are you so kind to us?” She answered, “Because Japanese soldiers killed my parents.” Her parents, Christian missionaries to Japan, had been beheaded by Japanese in the Philippines. At first, their 18 year old daughter was eaten up with hatred. But convinced that her parents had forgiven their captors before they died, Peggy could not keep feeding her hatred and eventually volunteered to serve the needs of Japanese prisoners of war.

When Fuchida heard this story he was dumbfounded. It made no sense to him, this forgiveness idea, because in his moral framework, as Fuchida later explained it, revenge was a virtue: it was proof of your loyalty to the offended party whose honor you had a duty to vindicate. Fuchida pondered where this great power to love might come from.

Then one day in October 1948, Fuchida took a pamphlet from an American handing them out on a street in Tokyo. It was the story of an American sergeant, Jacob DeShazer, one of the bombardiers in the famous Doolittle Raid, the daring attempt to bomb important military sites in Tokyo on April 18, 1942.

After hearing about the attack on Pearl Harbor, DeShazer’s hatred for the Japanese became white hot, and so he jumped at the opportunity to volunteer for a secret mission. But after completing the successful raid on Tokyo under Colonel Jimmy Doolittle, DeShazer and his crew had to bail out in occupied China. Captured and tortured by the Japanese, he spent more than three years in a POW camp, most of it in solitary confinement. There his hatred for the Japanese festered and grew.

But eventually DeShazer started thinking about why there was so much hatred in the world, and he found growing within himself a longing to read the Bible. One had been circulating among the prisoners and finally, in May 1944, a guard brought it to him. He could keep it for only three weeks, so he read and read. He was moved by the Bible’s teaching about guilt and grace, and by the New Testament’s insistence that the man, Jesus, was the very incarnation of God and the one true source of forgiveness and love. On June 8th, 1944, in the prison camp, DeShazer became a Christian. His hatred began to melt. He promised God that after the war he would return to Japan to share with his “enemies” the soul liberation and peace he had found.

All this Fuchida read in the pamphlet with deep interest. Here it was again, the Peggy Colby syndrome, the power to transform hatred into love, and Fuchida was drawn to it. And here it was, not in someone who could be written off as “soft” and naïve but in a hard-bitten soldier.

Fascinated by the moral turnabout of these two people, Fuchida bought a Japanese Bible and when he began to read it, it drew him into much meditation and thought. In September, 1949, he came to Luke 23, and for the first time in his life read the account of Jesus’ crucifixion and his prayer to God on behalf of those who were murdering him, “Father, forgive them, for they know not what they do.” That cinched it for Fuchida; he had traced the power that changed Peggy Colby and Jake DeShazer back to its root, and he became convinced that it was all true. That day the lead Japanese pilot at Pearl Harbor prayed and gave his life to Jesus Christ. DeShazer was with him, as a friend and brother, the day he was baptized.

In certain quarters of Japan, Fuchida’s conversion to Christianity aroused contempt, while in certain quarters here in the States it aroused either disgust or suspicion. Some of his countrymen accused him of selling out to the enemy, while some in this country continued to hate him for his role at Pearl Harbor or doubted the sincerity of his conversion. But Fuchida’s conversion was real. He began to travel throughout Japan sharing his newfound faith. In 1952 he turned down the position of chief of staff in the new Japanese air force and in 1957 declined the honored position of Minister of Defense. For twenty-five years Fuchida crisscrossed Japan as well as the United States preaching Christ as the one hope for our fear-filled, violence-prone world. On his many speaking trips to America he was well-received and shown respect by top U.S. military officials. Fuchida was invited to Pearl Harbor in December 1966, for the observance of the 25th anniversary of the attack. He visited the war memorial erected over the sunken USS Arizona where 900 American sailors still lie en-tombed. It was a sober moment for Fuchida; there he knelt and prayed to the God of Abraham. Four years later he wrote,

I would give anything to retract my actions of twenty-nine years ago at Pearl Harbor, but it is impossible. Instead, I now work at striking the death-blow to the basic hatred which infests the human heart and causes such tragedies. And that hatred cannot be uprooted without assistance from Jesus Christ.

Mitsuo Fuchida died of diabetes in Japan on May 30, 1976. He was 73 years old. The story of his changed life is worth knowing; and it’s worth contemplating the next time you hear someone say that Christianity breeds hatred and intolerance in people—or the next time you see a professing Christian whacking off flowers with a stick, or carrying a sign that says, “God Hates Fags.” Whoever knows Christ truly knows his supreme command is to love—not always to agree but always to love.