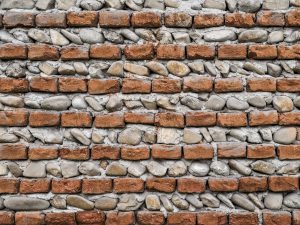 Margie and I discovered early in our marriage that we couldn’t go too long without taking time to evaluate how things were going. For some reason life kept spiraling out of control. Time and again, we would talk about what was most essential to us, what we believed God was calling us to do, we would set priorities and boundaries, and within six months it would all be out of whack. Actually, six months was the longest it took; usually we sensed things beginning to slip far sooner than that. It was often our calendar that signaled the problem—for some reason we couldn’t fathom it would be full of commitments neither of us could remember agreeing we should accept. We developed a theory that in some dimension hidden from us and from science, little creatures existed whose only known characteristic was that they flawlessly mimicked our handwriting. Appearing at night, they would add things to our calendar, giggle and disappear back where they came from. This was obviously during the years when we kept a paper calendar—I think it’s actually far easier to believe such demonic creatures haunt our devices—and it would explain a lot.

Anyway, our calendar would be too full, we’d be stressed and irritated at each other, and so we’d plan a day to talk and pray and evaluate. It was always hard to find the time but essential before the stress and busyness and frustration got too far out of hand.

Central to that day together would be the need to go back to basics, to the proverbial square one. To make certain that the foundational ideas and values on which we were basing our lives and setting our priorities were sound. It was impossible to set proper boundaries if we didn’t have a sense of our calling, a vision—even though incomplete and partial—of how to best use our gifts in the ordinary unfolding of our lives and work. If we were to know what to say No to, we needed to first know what we needed to say Yes to.

There are lots of reasons to check ones’ foundations, the basic convictions and values by which we are living, the story that we are seeking to indwell as our own story develops. In the Preface to True Spirituality (1971), Francis Schaeffer relates how in 1951-52 he faced a spiritual crisis. It was, he said, a “problem of reality.”

This had two parts: first, it seemed to me that among many of those who held the orthodox position one saw little reality in the things that the Bible so clearly said should be the result of Christianity. Second, it gradually grew on me that my own reality was less than it had been in the early days after I had become a Christian. I realized that in honesty I had to go back and rethink my whole position.

That’s a tall order. It took Schaeffer time and energy, but the effort was worth it. He not only affirmed his faith in the Lord Christ but gained a renewed vision of the ministry of L’Abri that he and his wife Edith had begun. Going back to basics provided a clearer sense of the way forward, of their primary priorities and values, of what they needed to say No to so they could say Yes to the things that mattered most.

Times of doubt, or stress, or transition, or unexpected change and interruption, or a sudden feeling of being lost in busyness, or a lack of reality—all these and more can be the quiet whispers that tell us it might be wise to pause and check our foundations and reassess. The impulse can be external, a global pandemic, say, or civil unrest, political uncertainty, or social polarization, or the need to face injustice and racism to which we have been blind and deaf. Or the impulse can be internal, arising in discontent about how life and relationships are unfolding, of questions that challenge what we previously took for granted, a growing recognition that we are extruded from where we are without being sure where we should head next, or the feeling that life has once again gotten too busy and out of control.

Whatever the source, such quiet whispers should be taken seriously. The reason is that because we are both fallen and finite, we need to check our foundations periodically and consider resetting our priorities. Living in a broken world demands it.

It’s a quiet whisper Margie and I have taken seriously in 2020, a year we will all likely remember as a time when so much was so unceremoniously upended. Since 1983, we have tried to stand together as Ransom Fellowship for a series of convictions and values that we believe are practical and loving expressions of the gospel. But 2020 is markedly different than 1983. So, we have gone back to basics, and reviewed our foundations—are they valid in the new abnormal world of masks and social distancing? Do they matter when some Christians consider fellow Christians “enemies” if they vote for the wrong political party? Are our ideas deeply enough rooted in historic orthodox faith that they are applicable in our changing social, political and cultural circumstances? And as we bring Ransom to an end as a nonprofit to go on to other writing, speaking and ministry opportunities, are the principles we have commended worthy to be championed in whatever days we have left ahead of us? The things we have stood for are easily summarized:

And there is more, but if you have been walking with us this list is sufficient to mark out the shape of Ransom’s foundational ideas and values.

Spending the time to think about all this has taken some time, but it’s been worth it. It’s been good to evaluate these ideas in light of both experience and Scripture, especially given the changes 2020 has produced. Our conclusion is that we would not change or jettison any of them even though they will obviously need to be creatively reshaped to fit the new abnormal of 2020 and beyond. In every sense they are simple, basic, humanizing and life-giving, ancient truths brought into our post-Christian and pluralistic world, naturally growing out of our conviction that Christ is Lord over all of life and culture.

And so, we will take them with us. In how we live in our little corner of reality at the House Between. And in our thinking and writing at Critique-Letters (www.critique-letters.com). I hope you will join us there where the conversation can continue.