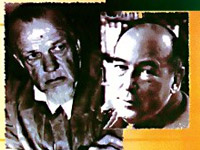 In 1998, many evangelicals celebrated the birth centenary of C.S. Lewis, arguably the most influential Christian apologist of our times. 1998 also marked the 30th anniversary of the book The God Who is There by Francis A. Schaeffer. Schaeffer’s book of apologetics and social and historical criticism sparked many evangelicals to leave their cultural ghettos, to reject their anti-intellectualism, and to communicate the cogency of the Christian worldview to a needy world. InterVarsity Press recently released a thirtieth-anniversary edition of The God Who is There with a fine new introduction by James W. Sire and an essay by Schaeffer on apologetic method previously published elsewhere.

Though seminary-trained and possessing a keen mind, Schaeffer was not a practicing academic and never claimed to be. He was a pastor with special gifts in evangelism that in the 1950s and ‘60s flowered into apologetics as he talked with alienated youth from around the world who congregated at L’Abri.

His many books appeared late in his career, almost as an afterthought—a wise way to put the ideas into the hands of a wider audience. Schaeffer’s works are peppered with arresting personal anecdotes (usually illustrating apologetic and evangelistic encounters) and memorable images illustrating theological and philosophical points. The books were not models of stellar writing. Schaeffer’s strengths lay in a passion for God’s truth, his apologetic prowess, and the broad appeal of his message and ministry.

Unlike Schaeffer, C.S. Lewis was a convert later in life and never left the halls of the English academy for the pastorate or the mission field. Lewis was an Anglican with no overt connections to Fundamentalism or Evangelicalism. Lewis defended “mere Christianity,” or the doctrinal basics of the faith, against modern unbelief. Lewis was a writer through and through. These literary gifts shine through his writings, which are often arresting in their forcefulness. Not only did he reach a large audience through his apologetic works such as Mere Christianity, Miracles, The Problem of Pain and The Abolition of Man, but Lewis also won the hearts of millions through his works of fiction such as The Chronicles of Narnia and The Space Trilogy.

Both Lewis and Schaeffer attempted to avoid partisan or sectarian disputes in setting forth and defending the core claims of Christian orthodoxy. Yet their theological views differed in several respects.

Schaeffer had little patience with theologians who abandoned biblical inerrancy or the historic doctrines of the Reformation. Although not a young-earth creationist, Schaeffer rejected macroevolution as incompatible with a correct reading of Genesis 1-11 (Genesis in Space and Time).

Lewis’ doctrinal core was smaller than Schaeffer’s. Although he rejected naturalistic evolution, he accepted theistic evolution and thought that the Old Testament contained mythical materials. He never articulated the Reformed doctrine of justification by faith alone, although he stressed the uniqueness of Christ, the historicity of the resurrection of Christ and the need for faith in order to be saved. He also believed in purgatory and in praying for the dead—claims that rankle many evangelicals who otherwise appreciate his work.

The authors of C.S. Lewis and Francis Schaeffer: Lessons for a New Century both teach at Asbury Theological Seminary (an evangelical institution) and appreciate Lewis in areas that many evangelicals (such as myself) do not. They prefer Lewis over Schaeffer in several key areas.

Rather than viewing salvation as a one-time event rooted in saving faith in the finished work of Christ, Lewis presented what the authors call a “transformational” model of salvation wherein one is either moving toward heaven or hell at any given time. They believe that his view of salvation is an entailment of Lewis’ (and their) view of the human will as free or self-determining. (Philosophically, this is called libertarianism.) If so, an Arminian view of human volition leads to a denial of a Reformation doctrine of salvation. Many in the Arminian camp who hold to justification by faith alone as an event to be distinguished from sanctification would rightly reject this conclusion as incompatible with Scripture and historic orthodoxy.

The authors also imply that their view of free will leads to a rejection of biblical inerrancy, since the biblical writers were not completely controlled by God in the process of inspiration. In this, they prefer Lewis to Schaeffer, because Schaeffer affirmed the sovereignty of God in salvation and in the inspiration of Scripture. They accuse Schaeffer of two fundamental errors of apologetics in this regard.

First, they claim that a strong view of God’s sovereignty is unjustifiable philosophically and makes for bad apologetics, since it denies moral responsibility and makes God the author of evil. Second, they charge Schaeffer with not being theologically consistent on the relationship of divine sovereignty and human responsibility. In his apologetic writings, they claim, Schaeffer argued for libertarian freedom. Yet in his teachings on theology proper, he affirmed God’s absolute control over all events, including human will.

But Schaeffer may not have affirmed a libertarian view in his apologetic against naturalism. To claim we are not machines totally controlled by impersonal factors is not the same as arguing that the human will is autonomous of God’s sovereignty. Schaeffer claimed that humans are not “programmed” by nature. They are moral agents. We live in an “open system of cause and effect” (Christian theism) as opposed to a “closed system of cause and effect” (naturalism). God may intervene supernaturally, and humans have significant moral responsibility within the plan of God’s providence.

When Schaeffer argued that humans make significant choices, I believe his emphasis was not on a radical self-determination (libertarianism), but on the fact that we live in a personal universe. God, the supremely personal being, has given persons moral agency and responsibility that would be impossible within either naturalism (which reduces humans to impersonal material factors) or pantheism (which reduces humans to being manifestations of an impersonal deity).

Burson and Walls do not appeal directly to Scripture to support their views of libertarian free will, the transformational view of salvation or the rejection of biblical inerrancy. They argue this philosophically, but often fail to consider good philosophical arguments (outside of Schaeffer’s own writings) to the contrary. For instance, they fail to engage the important book: Paul Helm’s The Providence of God.

Apologists in our postmodern times must emphasize objective reality and absolute truth and not dissolve truth into relativism and subjectivism. Both Lewis and Schaeffer rejected the notion that religion is a private or merely cultural affair. Christianity is only as good as it is true and rationally defensible. Apologetics also demands that we give “honest answers to honest questions” (as Schaeffer put it) to the big questions of life. This requires serious intellectual pursuit and honesty while listening carefully to the concerns, doubts and arguments of unbelievers.

As Christians defend their faith, they should employ a cumulative case form of argument, as exemplified in different ways by Lewis and Schaeffer. Apologists draw evidence from many sources—science, history, philosophy, psychology, even mythology (in Lewis’ case)—to build a strong overall apologetic for Christian theism and against rival worldviews. The Christian world view is not proven in one or two strokes, but is rather verified by appealing to a wide and compelling variety of converging arguments. Christianity is shown to be the best explanation for the origin and nature of the universe as well as the human condition and the facts of history. Moreover, Christians must be pastoral in their apologetic practices. We must care deeply for the lost, not simply desire to defeat their arguments.

Despite my complaints, if this book sparks a new generation of Christian thinkers to engage the thought of C.S. Lewis and Francis Schaeffer for the purpose of defending the faith, it will have made a significant contribution indeed.

C.S. Lewis and Francis Schaeffer: Lessons for a New Century from the Most Influential Apologists of Our Time by Scott R. Burson and Jerry L. Walls (Downers Grove, IL: InterVarsity Press, 1998) 308 pp.