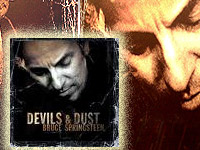 Pfc. Lynndie England has become the notorious symbol of the moral corruption of the Abu Ghraib prison abuse scandal. Pictures of her holding a hooded prisoner on a dog lease, standing next to a pyramid of naked Iraqi prisoners, or pointing at a prisoner’s genitals have filled the nation’s newspapers. Moral outrage is an automatic response from the distanced reader, who then turns the page and pours another cup of coffee.

She originally pled guilty to the charges, but now questions are being raised about her competence to determine the rightness or wrongness of her actions. The legal wrangling will go on, but what of Lynndie—the person? The West Virginia girl born with a speech-impediment and learning disability? The accused prisoner-abuser who gave birth to an infant son out of wedlock, allegedly by convicted co-conspirator Pvt. Charles Graner? (Graner, now in prison, recently married another woman.) Who is taking care of Lynndie’s baby as she awaits her sentencing? Where is our profound sense of tragedy? Why is it not more than coffee that we spill on the morning paper?

There is something seriously wrong with many American Christians. We fail to acknowledge the evil lurking in every human heart. We fail to see ourselves as sinners. Instead, we adopt the hubris of thinking like Pharisees.

Humanity is deeply wounded, broken, and scarred. The sins of fathers are morally and emotionally passed on from generation to generation. And yet we categorize, demonize, and politicize rather than see neighbors or ourselves as we really are. In doing so, we make the gospel irrelevant to both. When we see life merely through narrow moral categories, precise doctrinal abstractions, rather than through a veil of tears marked by the smell of stale beer, we have squeezed reality into the lie of sanitized superficial suburban respectability.

Life is not like a TV sitcom—neatly wrapped up in 25 minutes. Life is much more like Shakespeare’s Hamlet, where pride, murder, infidelity, and revenge leave the main characters dead on the floor as the curtain falls. Life this side of eternity is messy and open-ended. Doubts persist. Temptations linger. Dreams go unfulfilled. We live with the radical disconnect between our longings and our living.

How much reality can the gospel stand? I suspect a lot more than most Christians.

Bruce Springsteen’s latest studio album, Devils & Dust (2005) is a good case study and is worthy of our close attention as it is an antidote to our religiously-sanctioned hard hearts. Dylanesque in style and feel, this album has been compared to his earlier folk-rock albums, Nebraska (1982) and The Ghost of Tom Joad (1995). The music’s sparseness matches the lyrics’ gritty realism and haunting reflections about longing and loss. Many of the songs were written while touring in support of The Ghost of Tom Joad and predate his recent political activism. They are universal in their message and appeal. Hank Kalet describes the collection of songs in Pop Matters, as “a search for redemption through the minefield of broken dreams and frayed relations, chance encounters and temporary salvation that lies, ultimately, just out of reach.” Just as life is ambiguous and unresolved, so too these songs often end with little or no resolution—the agony and bitterness of life not going as planned, the questions left hanging in the air.

There will be those who will write off the artistry of Springsteen’s album by remembering his high profile support for Democratic Presidential candidate, John Kerry, through organizing last summer’s Vote For Change concerts. A similar mistake would be to fail to heed the lessons learned by Jane Fonda as revealed in her new book, My Life So Far.

There will be those who will object to the deeply human and moral message of Springsteen because the album has an “Adult Imagery” warning label for its sexually explicit depiction of a man’s encounter with a Reno prostitute.

There will be others who object to the “f-word” used in “Long Time Comin’,” when a homeless father looks at his pregnant wife and sleeping children and promises to do better. (Apparently the first use of the word in Springsteen’s oeuvre.)

There will be those who object to his theologically vague description of God as “the soul of the universe” in the song, “Jesus Was an Only Son.”

And all of these reactions will cloud the spiritual perception needed to understand the implications of Jesus’ statement, “It is not the healthy who need a doctor, but the sick. But go and learn what this means: ‘I desire mercy not sacrifice.’ For I have not come to call the righteous, but sinners” (Matthew 9:12-13). Springsteen’s Devils & Dust provides an opportunity to go and learn what this means. “I like to write about people whose souls are in danger, who are at risk. In every song on this record, somebody’s in some spiritual struggle between the worst of themselves and the best of themselves, and everybody comes out in a slightly different place. That thread runs through the record, and it’s what gives the record its grounding in the spirit,” he told Jon Pareles in a recent The New York Times interview.

In the title track, “Devils & Dust,” Springsteen explores the thoughts of a U.S. soldier on guard duty in Iraq—the kind of young eighteen-year-old who has seen so many of his comrades killed in random acts of premeditated violence, charged with making the split second decision of whether the approaching car is terrorist intent on taking his life or a family of Iraqi mourners or Italian journalists.

Though he reassures himself that “God is on our side,” the requirements of survival make him wonder if it’s all worth it if it kills the things you love. Over time, the price is one’s soul—“It’ll take your God filled soul fill it with devils and dust.”

In such a pressure cooker so far away from all that is familiar and safe, political and religious verities melt into profound self-doubt.

We do well to remember that truth does not change based on whether we believe it or not, but that our convictions are susceptible to the plausibility of our context. It is a human reality that demands far more compassion for doubt and confusion. We have not stood guard at an Iraqi checkpoint. Our response should not be catechetical instruction, but human reassurance, making real the incarnate presence of God.

The controversial song, “ Reno,” describes the thoughts of an older man making a visit to a Nevada prostitute. Its lyrics are graphic in detail and yet there has rarely been a more poignant critique of casual sex. Springsteen explains in The New York Times, “He’s in this room with this proxy, because he couldn’t handle the real thing. The physicality, the sexual content of the song was important, because casual sex is kind of a closing the book on you. It’s ecstasy, and it’s release. Sex with someone you love is opening the book on you, which is always a risky and frightening read.”

While the lyrics will make a Christian listener wince, his memories of his former love, Maria, contrast powerfully the difference between sex and love.

I was sure the work and the smile coming out ‘neath your hat was all I’d ever need
Somehow all you ever need’s, never really quite enough you know
You and I, Maria, we learned it’s so

Now years later, as he stares out the motel blinds he thinks about the sunlight on her hair, and horseback rides they took together with the cowboys down into the cool rivers of green. Sexual passion is released, while the memory of love lost painfully remains.

The final song on the album is “Matamoros Banks,” the story of an illegal immigrant’s unsuccessful attempt to swim the Rio Grande River into Texas. The story of his drowning is told in reverse —from death realized back to dreams anticipated.

For two days the river keeps you down
Then you rise to the light without a sound
Past the playgrounds and empty switching yards
The turtles eat the skin from your eyes, so they lay open to the stars

The stories here do not have happy endings or neat resolutions. A child runs away from a drug-laden home. A retired boxer, bruised and battered, asks his mother to let him lie down for a while before returning to his violent world. A thirteen-year-old muses on the meaning of his mother’s unexpected death. A mother struggles with the death of her only son.

Life is deeply tragic if viewed only from the birth to death. Herein is the flaw in Springsteen’s depiction of the human condition. He leaves the movie early and wonders at its meaning. His songs end almost mid-sentence. When he sings of the Blessed Mary’s loss in “Jesus Was an Only Son,” he captures her human emotion, but not her spiritual understanding.

There is in every human heart a deep longing for home—in its most profound metaphysical sense. And it was of this home that Jesus spoke, “Do not let your hearts be troubled. Trust in God, trust also in me. In my Father’s house are many rooms; if it were not so, I would have told you. I am going there to prepare a place for you” (John 14:2). C.S. Lewis writes in Till We Have Faces, “Do you think it all meant nothing, all the longing? The longing for home?” Life only makes sense in the light of eternity and all our deepest longings only find their final fulfillment in the home He provides.

But until we can identify with those who live on the edge of hope and face the tragedy of sin, we will never be able to connect emotionally long enough to point those most in need of grace to its Source. Keep Lynndie and her son in your prayers. Far more than religious sacrifice, God wants our hearts of mercy.