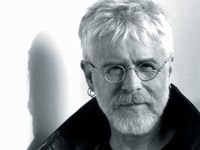 Bruce Cockburn (pronounced Ko-burn) recently released his twenty-fifth CD, Breakfast in New Orleans Dinner in Timbuktu. An inspired lyricist whose style is a soothing blend of folk, rock, and blues, Cockburn is the first to admit that religion is not the focal point of his music. Sadly, his CDs are not sold in most Christian bookstores and a quick listen to one of his songs may not be enough to identify him as a believer. For many Christians, this is a definite strike against him.

We have a tendency to compartmentalize life into the “spiritual” (i.e., important) and the “unspiritual” (i.e., unimportant at best, sinful at worst). While it is certainly vital to discern between what is good and what is not, life shouldn’t be divided into the spiritual and unspiritual, because it is this very distinction that leads some to believe that being a missionary is more important than being a grocer or to assume that a CD found in a Christian bookstore is better or more true than one that’s not.

Scripture tells us that we were created in God’s image and that He called His creation good. If we take these words seriously, we must believe that every aspect of human life is pleasing to God (except for sin). He created us to experience life in all its rich fullness—to talk with one another and with Him, to fall in love and work with our hands, to develop friendships and use our minds, to sing and laugh and cry. If we live as though only a small portion of our existence is spiritual and important, we deny the full humanity in which God created us and we disagree with the Creator who called His handiwork good.

Bruce Cockburn is a poet of great skill and creativity, who told David Batstone, in a September 1994 Sojourners interview: “It makes no difference whether I write a love song or tell a story about being in a refugee camp. For me it comes from the same place. I just want to touch people. It’s a passing on of my understanding of reality, trying to put it into a form that is interesting and entertaining to somebody else.” Whether his subject is politics, God, despair, or sex, Cockburn is a master of truthfully portraying all aspects of humanity. In “Pacing the Cage” (on his album The Charity of Night), Cockburn sings of depression—something that even the most faithful Christians can experience in a fallen world.

But he doesn’t end there. For those of us who know God, there is a glimmer of hope even in our darkest hours:

On the same album, Cockburn laments the damage done to humans by humans in “The Mines of Mozambique:”

In his newest album, Breakfast in New Orleans Dinner in Timbuktu, Cockburn continues to address a plethora of issues. You’ll find friendship in “Isn’t That What Friends are For?”

Love’s supposed to heal, but it
Breaks my heart to feel
The pain in your voice –
But you know, it’s all going
Somewhere
And I would crush my heart and
Throw it in the street
If I could pay for your choice
Isn’t that what friends are for?

“Let the Bad Air Out” has an angry undertone over the failure and hypocrisy of politics:

Traitors in high places take my
Money, tell me lies
Take a walk past parliament, it
Smells like something died
They ask for trust, but some-
How I’ve got serious doubts
Open up the window, let the
Bad air out

Often, Cockburn juxtaposes the profound with the ordinary—of drinking champagne while pondering what he would do on the last night of the world (“Last Night of the World”):

Perhaps you can understand why Bruce Cockburn is something of a mystery to the Christian community. He doesn’t use his music to “evangelize” and this leads some to devalue his songs and even his witness. But, like the poetry found in the Psalms or the Song of Solomon, Cockburn’s words resonate within our souls because we recognize our world and our own experience in what he says.

I often find myself wondering why this isn’t good enough. After all, isn’t this what we should all be doing? Living every moment before God, developing the skills He has given us, and trusting that we will someday witness “the coming of the outbound stage?”