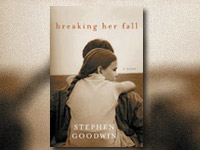 Junior high has changed a lot since I was fourteen, GenXer though I am. I remember in seventh grade, my girlfriends and I were both intrigued and disgusted by sexuality. We passed love-sick notes and studied, wide-eyed, the sexually explicit scenes in Judy Blume’s Forever, hiding the forbidden novel in our desks. Several of the boys regularly snapped the bra straps of the most developed girl and called her Dolly. Another one liked to ask me, “You wanna screw?” while holding out a screw on his open palm. There were distant rumors of kids having sex, but I was never sure if they were to be believed. This was all taking place at a private, Christian school. (Surprised?)

Compared to what I see and hear from thirteen and fourteen-year-olds nowadays, my experience was laughably tame. It’s no wonder. Since then models and actresses routinely wear see-through clothes, more and more skin is shown on prime-time television, sex is used in tween movies and t.v. programs as a matter of course, and the oval office made oral sex an everyday reality. How has this affected our youth? There is no doubt it has, deeply. You just need to look at fashion trends to see the evidence.

Yet, what parent wants to believe our sex-saturated culture has enticed their own teenagers? We hope our kids will see through the emptiness of early sexual activity and make good choices. This is certainly what the main character of Breaking Her Fall hopes. Tucker Jones has a fourteen-year-old daughter, Kat, whom he adores and sees as eternally innocent. This view is shattered on an ordinary summer night with a phone call. Kat was going to a movie with friends and promised to check in afterward, but the voice on the phone is male and what he reports changes Tucker’s life forever, setting events in motion that threaten to tear this already broken family apart. Instead of going to a movie, Kat, it seems, wound up at a party where there was drinking and sexual activity in which she was an active participant. The allegations are stunning and the images evoked are so far outside Tucker’s knowledge of his daughter that he is unable to wrap his mind around them. He heads to the party, filled with panic, but when he arrives, Kat is already gone, and he— a loving, sensible man—scuffles with the few boys who are still hanging around. One of the boys ends up in the hospital and Tucker feels handcuffs bite into his wrists for the first time.

Despite the fact that his actions make an unbearable situation infinitely worse, Tucker, by many counts, is a good father. He has tried to instill values in his kids (he also has a teenage boy) by creating family rules and encouraging them to add their own. He spends time talking to them, tries not to speak badly of their mother from whom he is divorced, and trusts them with their friends. When Kat begins to refuse to come out of her room, he stays home from work, fretting and waiting for her to emerge, hoping to connect with her, to help them all heal from what happened at the party. It is a painful, lonely process for him, without any guarantees or guides.

Kat, searching for her own answers, visits the Church of the Glorious Miracle where their Hispanic maid attends, and Tucker goes with her. Her questions afterward are challenging to him and they point to the inadequacies of his own lack of faith, of the foolishness of his claim that he merely didn’t want to influence her and her brother, wanting instead for them to be free to make their own choice.

Tucker’s effort to offer Kat unconditional support and love is exemplary. Yet the contradictions inherent in his worldview are finally unable to give his children a foundation to stand on. He had hoped his young daughter would never engage in the sort of destructive behavior that she did, but he doesn’t have the reasons or perspective to offer her a true alternative or to even explain why it’s destructive in the first place. A testament to author Stephen Goodwin’s skill, Tucker’s interactions with his daughter are wholly believable; one moment he’s determined to understand and sympathize with her no matter what she says or does, the next he’s wanting to strangle her and peppers her with questions that make her withdraw from him once again.

In a book as lovely as it is heartbreaking, Goodwin captures the nuances of modern-day family life, fraught as it is with divorce, uncertainty, teenagers reeling from a society saturated with sex, and parents struggling through a fog of miscommunication to connect with their children. It is a book worth reading, not only because it gives much needed insight into the lives of teenagers, but because it is a good story written with skill and grace. The topic is not easy, yet engaging it Christianly may be key to caring for the souls of our young people.

1. How would you explain Kat’s actions at the party? Do you believe she was a victim of rape? Why or why not? Does a legal definition of rape differ from a moral one? Have her parents given her any useful guidance when it comes to sex? What kind of messages have they sent her, either verbally or by example?

2. How would you have reacted if you had received the phone call from John Fogarty? 3. Were you sympathetic to Tucker’s reaction?

4. What was the basis for Tucker’s family rules? Were they adequate rules? Why or why not? Is the world that Goodwin creates a moral one? How are right and wrong determined? How do the individual characters view God? Does the author seem to imply that there is a God, even beyond Tucker or Kat’s beliefs? If so, how?

5. Do any of the characters have a moral, emotional, or spiritual framework for dealing with the events of the story? How do you think the characters themselves would answer that question? What coping mechanisms do they rely on? Do the adults and kids cope in different ways?

6. If you are a parent, can you relate to Tucker’s difficulties in communicating with his children? In what ways have you attempted to bridge the gap between you and your kids? Do any failures or successes come to mind? What mistakes did Tucker make? What did you think of Kat and Tucker’s experience at the Church of the Glorious Miracle? Do you think the church planned ahead for their visit, as Kat suspected? Was that the real reason she didn’t go forward? What did you think of Kat’s yearnings for faith? Was she helped or hindered by her parents? Did her attitude and yearnings for God differ that much from Tucker’s?

7. What role does class distinction play in the book (consider Tucker’s status as a landscaper, his wife’s wealth, his friends, his employees, his children’s schools)? Is it significant that the characters who had the most active faith in God were also poor Hispanics?

8. Does Breaking Her Fall realistically capture the sexual climate of our society today? Were you surprised or shocked by anything in the book? When the different characters became sexually active, what did they really want (consider Kat, Tucker, and Lily)? How does their attitude toward sexuality differ from a Christian understanding? How would you express this to them in a way that they could truly understand?

10. Do you think Tucker’s affair with Lily was inevitable? Why or why not? Is it possible to choose who we fall in love with? Did Tucker and Lily cross any lines before they had sex? If so, what were those lines and what could they have done differently? Have you talked to your kids about sexual activity? Oral sex in particular? Why or why not?

11. Many kids don’t consider oral sex to be real sex. Do you know if your children hold this view? How have you tried to convey a different moral standard than society? How does Christianity provide reasons for young people to resist sex? Are these reasons compelling to your kids? How could the church winsomely address the realities of our teens’ lives? What should they (and we) do differently?