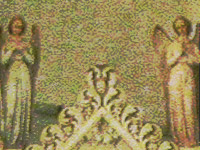 In 1965, Chichester Cathedral, with her sister cathedral in Salisbury, commissioned American composer and conductor Leonard Bernstein to compose a setting from the book of Psalms. Bernstein took up the challenge with relish. He had just spent a sabbatical from his job as Music Director of the New York Philharmonic Orchestra composing and found the ordeal rather frustrating. He had attempted to compose some works in the by then well-established serial technique so familiar to composers such as Pierre Boulez, Elliott Carter, and even his good friend Aaron Copland. How-ever, he found after several aborted attempts that he was not completely comfortable with the technique, and when he began the Chichester commission, he turned back to his beloved tonality as well. He told me once that this work was his most “B-flat major work,” meaning that it was straightforward in its harmonic simplicity. And compared to most of the music written in the 1960s, he is right, this work is harmonically very simple. Those who have not heard much of the art music of the mid 20th century—late Stravinsky, Carter, Boulez, Stockhausen—may think on first hearing that this work is rather dissonant, but when compared to these others, it is very conservative.

The simplicity is delightful. In three movements, Bernstein sets all or part of 6 psalms. In the first, we hear a celebration of joyful worship, the second a picture of the clash between the faithful and the faithless, and the third, after a painful prelude, a statement of proper humility before God, ending with quiet joy.

The first movement begins with an explosion of dissonant color. The chorus sings, “Awake psaltery and harp! I will awake the dawn!” from Psalm 108:2. This introduction is at first a bit off-putting but when heard in context, it is a marvelous introduction of both the whole piece and the melodic motive that will return many times throughout the work. The motive Bernstein crafted is this: Bb, F, Eb, Ab, Bb. This short melodic figure works its way into a full-blown melody by next repeating itself a step higher (C, G, F, Bb, C), then re-arranging itself and descending twice (G, D, C, F, G) and ending on the beginning note of Bb. This melody returns at the end of the first movement with the last choral statement, “The Lord is good.” And again at the beginning of the third movement, hidden in the tortured string interlude, and finally transformed in the final choral of the third movement, where the choir sings, a capella, “Behold how good and pleasant it is when brothers dwell together in unity.” Each appearance of this melody is harmonized differently, giving each a different character, but bringing a unifying effect to the piece as a whole.

But back to the first movement—after the introduction, we find a delightful setting of the entire text from Psalm 100. The dance-like celebration starts with the men of the chorus singing, “Shout for joy to the Lord, all the earth!” in 7/4 time. That means there are 7 beats in a measure, and makes for an odd dance indeed. It feels like it should be three equal groups of two beats (“1 and 2 and 3 and 1 and 2 and 3 and” etc.) but with the added 7th beat, it ends up being “1 and 2 and 3 and and 1 and 2 and 3 and and”! But the result is a very middle-eastern dance that is infectious.

The second movement pits two different psalm texts against one another. To begin with, a young boy sings Psalm 23, “The Lord is my shepherd, I shall not want.” The boy soloist is a requirement, Bernstein insists; even though the part is in the women’s alto range, he will not have a woman sing it. The reason has to be that this is David himself as a young man singing his most famous song accompanied by David’s own instrument, the harp. In a pastoral setting, the women of the chorus join the soloist and sing his melodies, continuing the text until everything seems like it will resolve quietly, the men of the chorus aggressively enter singing, “Why do the nations rage, and the peoples plot in vain?” from Psalm 2. The men grumble and threaten as they sing the first few verses of the psalm, contending with the women when they reenter with their Psalm 23 melody. The two groups clash, and eventually the conflict is resolved in favor of the peace and trust of Psalm 23. The men begin to wane and what were shouts and jeers become softer and softer until they grumble and whisper and disappear. The boy soloist returns to placidly finish out his song, and by the end, all of Psalm 23 has been sung, and resolution is sure. But, at the very end, under that last note, the orchestra very quietly plays the men’s Psalm 2 music, implying that the conflict is not over, but only put off for a time. We still live in a fallen world, and full-blown resolution will not happen before the heavens and earth are remade.

The beginning of the third movement is a tense and anxious string interlude. The melody set in the beginning of the first movement is almost lost in the thick dissonances. Unrest, hopelessness, angst, and the trials of this world are expressed here. After one hard pull there is a restless quiet, and we hear the trumpet play a twisted and mocking version of David’s melody from the second movement before we are thrown back into pain. Then suddenly we are given a glimpse of concord; the dissonance clears and the violin melody reaches upward three times, each higher than the one before, each softer and softer, and finally, looking upward, waits.

The men enter, this time singing a lyrical setting of Psalm 131, “Lord, Lord, my heart is not proud, my eyes are not haughty. I do not concern myself with great matters or things too wonderful for me.” This embodies a deep spiritual truth, that the world is chaotic and evil, and hope would disappear altogether if we were to try to make sense of it all ourselves, but when we look to God in humility, we are given a peace that transcends understanding. This is what is stated here—the trials of this world are no match for the peace of God, but access to it comes only through humility, trust, and death to self.

In this movement, the men sing, the women join them on the second statement of the melody, and finally they come to resolution, turning the music completely over to the orchestra. The orchestra offers the theme by way of a marvelous cello quartet. This statement is sweet and simple, and leads to a return of the choir, singing the melody now without words. The peace and joy offered is expressible through, “Ahhhh.” After that, the only thing left to do is to call others to the joys of heaven. The chorus sings, “O Israel, put your hope in the Lord, both now and forevermore.” Stated once by the chorus, then a delicate last time by four vocal soloists that climb “farther up and farther in” until they disappear into heaven itself, leaving one final magical moment.

This last is the great marvel of the work. It serves as a closing moment, and a final looping back to the beginning of movement one. The opening theme (Bb, F, Eb, Ab, Bb) is sung with new and magical harmonies. The entire opening melody is reprised here, but this time in radiant quiet and peace. The text the chorus sings, without orchestra, is the first verse of Psalm 133, “Behold how good and pleasant it is when brothers dwell together in unity.” The piece ends with a long “Amen,” while the trumpet and harp play the opening motive one last time, and the final chord is held as long as it is possible to hold it.

The piece is a marvel in 20 minutes, and is perhaps my favorite of all of Bernstein’s compositions. I know I am in good company, as the composer told me himself that he felt the same way. I hope you will find the recording I have suggested and give it a good listen or two. It repays repeated hearings, and opens the eyes of the imagination (as all great art should) to new aspects of the psalms and the God they describe and worship.

I recommend the oldest recording I have heard of the piece, one recorded in 1965 (the year the piece was composed), conducted by Bernstein himself: Leonard Bernstein: A Tribute, Sony Classical, SMK 46701.