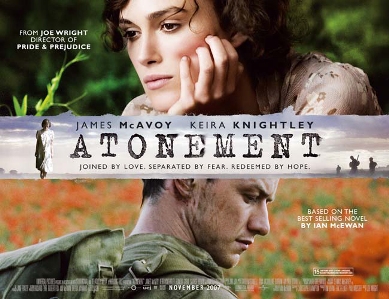 In The Death of Satan: How Americans have lost the sense of evil Andrew Delbanco puts a new spin on an old problem:

A gulf has opened up in our culture between the visibility of evil and the intellectual resources for coping with it… The repertoire of evil has never been richer. Yet never have our responses been so weak. We have no language for connecting our inner lives with the horrors that pass before our eyes in the outer world.

The old problem? The problem of evil, traditionally seen as philosophical in nature and defined something like this: God is good and all-powerful, but evil exists. How can the reality of the latter be reconciled with the truth of the former? Despite the efforts of philosophers like Alvin Plantinga (see his God, Freedom, and Evil) fans of the problem of evil insist that its only acceptable solution is for God to disappear, this despite the irony that apart from God the concept of evil itself fades, too.

Novelist Ian McEwan acknowledged the same problem in a PBS interview after the 9/11 attacks.

I don’t really believe in evil at all. I mean, I don’t believe in God, and I certainly don’t, therefore, believe in some sort of supernatural or trans-historical force that somehow organizes life on dark or black principles. I think there are only people behaving—and sometimes behaving monstrously. And sometimes their monstrous behavior is so beyond our abilities to explain it, we have to reach for this numinous notion of evil.

Delbanco and McEwan recognize the same dilemma: doing away with the idea of evil doesn’t make the problem of evil go away. It merely changes it from a philosophical problem to an existential one: if there is no God—no one to make atonement to—and no real evil—nothing to atone for—how do we cope with the reality of evil? The magnitude of this dilemma is painfully and beautifully captured in the film version of McEwan’s novel Atonement.

Set in the years leading up to World War II it’s a story with an unlikely villain: an adolescent girl from an upper-class English family. At 13, Briony Tallis (brilliantly played by Saiorse Ronan) is a fledgling writer with a good imagination, who witnesses two vivid romantic encounters between her sister Celia (Keira Knightley) and Robbie Turner (James McEvoy), a friend and former family servant, and is in turns shocked, bewildered and fascinated by what she sees. Later that same day she also witnesses a crime, and her imagination links all these events together with tragic consequences.

Act one of Atonement is as nicely a crafted bit of filmmaking as I’ve seen recently. Director Joe Wright shows us each of the key events here from different points of view, and as our point of view changes, so do our feelings and our understanding of what has occurred. In so doing he underscores an important part of McEwan’s message: choices that later seem evil often begin as nothing more than psychological confusion.

Only in act two does Briony (now 18, and played by Romola Garai) realize how mistaken—and destructive—her choices have been. She’s a nurse, caring for wounded soldiers, seeking penance and reconciliation with her sister Celia, who’s not willing to grant it, while Robbie in what is the most visually stunning scene in the film struggles to survive the evacuation of the British Army at Dunkirk.

In act three Briony, now old and dying (played by Vanessa Redgrave), is a famous writer, publishing her 21st and last novel: the story of her choices as a child and their tragic aftermath, but with an important twist. The atonement which eluded her in real life is written into her novel. The college students with whom I watch films reacted very differently to this twist. Some saw it as a weak attempt at a happy ending, others as a final acknowledgement of the pointlessness of the story. Briony’s thought’s on the matter are found on the last page of McEwan’s novel:

The problem these fifty nine years has been this: how can a novelist achieve atonement when with her absolute power of deciding outcomes, she is also God? There is no one, no entity or higher form that she can appeal to, or be reconciled with, or that can forgive her. There is nothing outside her. In her imagination she has set the limits and the terms. No atonement for God, or novelists, even if they are atheists. It was always an impossible task, and that was precisely the point. The attempt was all.

To be sure, there are elements of grace in Atonement. In the blood and madness of Dunkirk an impromptu choir sings a Charles Parry hymn that echoes persistently. After Briony comforts a dying French soldier in a London hospital, she (and we) are blessed with a few moments of Debussy’s Clair de Lune, the emotional high point in Dario Marinelli’s extraordinary musical score. Despite the beauty of these moments I’ve no doubt that in the end McEwan would leave us all where he left Briony: with the grim realization that if God is fictional, atonement is, too.

1. What was your initial response to Atonement? Why do you think you reacted this way?

2. The first and most persistent sound in Dario Marinelli's musical score for Atonement is the sound of a typewriter. Why did he use this throughout the film? What thoughts and feelings did the sound evoke in you?

3.What visual images from the film linger most strongly in your memory? Why?

4. Identify and describe each of the important characters in this story. With whom do you identify? With whom are you supposed to identify—and why?

5. In act one Director Joe Wright shows us the same events from two different points of view. How did your understanding of the events change as your point of view changed? How did your feelings change? Why did the writer and director give us more than one point of view? Whose point of view is correct?

6. Why does Briony identify Robbie as the perpetrator of the crime she witnessed? Do you think you might have made the same mistake had you been in her situation? How does your assessment of the seriousness of her choice change as the film progresses?7. For whom do you feel the most sympathy in this story: Robbie, Celia, or Briony? Why? For whom do you think you're supposed to feel sympathy—and why?

8. Ian McEwan is rather straightforward in his admission of atheism. If he were a believer, how do you think his faith would've changed the telling of his story? Would Christianizing the story have made it a better film?

9. At the heart of the gospel is the hope that in Christ we can find atonement not only with God the Father, but also with one another. Is this so? As a believer are you better at reconciling with God, or with other believers, or with your unbelieving friends?

10. Which version of the problem of evil—the philosophical or existential—is more troubling to you? Why? Do you think Ian McEwan is satisfied with Briony's solution to the existential dilemma? Why?