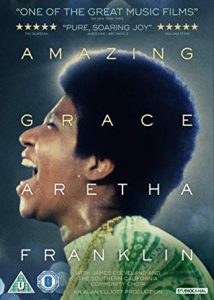 The power of gospel

The gospel music tradition has its roots in the 17th century with Christian hymns and spirituals sung in black churches, often in call and response and accompanied with clapping. Born of suffering, shaped by scripture and animated with hope it expresses the gospel of Christ with an authenticity and power seldom matched in the history of sacred music. Although not the only legacy the black church in America has bequeathed to the global body of Christ it is surely one of the richest.

That music contains a unique ability to move us is hardly a surprise. It’s chords strike chords within us that touch deep passions, for blessing or curse, shaping our perception of life and reality and giving rise to a full range of human emotions. It does so because music resides at the interface between the visible and invisible realms of reality, and when truly experienced can provide brief, fleeting and precious moments of transcendence. This doesn’t just apply to gospel or sacred music, of course but to music, per se. The composer and the performer may even deny the possibility of the transcendent or divine but their denial doesn’t change the nature of reality.

The popular but reductive view of reality held by so many would seek to discover when and how music was introduced into human history. The Christian view is that music preceded the appearance of human beings; that music is intrinsic to the very nature of creation itself. “Where were you,” the Almighty asked Job, and by extension asks us, “Where were you when I laid the foundation of the earth?” And so we identify the correct moment he is referring to, he adds, “when the morning stars sang together and all the sons of God shouted for joy” (Job 38:4, 7). You remember—the time when the music burst out and joy was complete.

When the King returns to consummate his kingdom, the Christian hope tells us that all of creation will once again be freed to express itself in that primal music.

For you shall go out in joy
and be led forth in peace;
the mountains and the hills before you
shall break forth into singing,
and all the trees of the field shall clap their hands.
(Isaiah 55:12)

And then to ratchet up the mystery even more all these images pale into insignificance compared to the vision recorded by the prophet Zephaniah:

Here the Creator takes over for the creation and there will be music that transcends all our wildest imaginings. God sings to and for his people, and only redemption will keep us from dying from sheer unutterable delight.

One of the finest gospel singers in American history was Aretha Franklin (1942-2018). She grew up singing in church; her father, the Rev. C. L. Franklin was a prominent Baptist minister and civil rights leader. In January 1972, Aretha Franklin gave a gospel concert over two nights at the New Bethel Baptist Church (Watts, Los Angeles) with the Southern California Community Choir under the direction of Alexander Hamilton. Led by James Cleveland (known as the “Crown Prince of Gospel”), the concert was recorded by Sydney Pollack a filmmaker inexperienced in making documentaries. Because of a technical error on his part the 20 hours of video could not be synced with the audio recording of the concert. Finally, advances in recording and editing technology allowed the film to be completed in 2018. The audio recording was released the year of the concert as a double album and became a hit, winning the Grammy Award for Best Soul Gospel Performance for Aretha Franklin the following year.

The first notice of the film I read was in Rolling Stone. “It’s the closest thing to witnessing a miracle,” Peter Travers wrote, “just some cameras, a crowd and a voice touched by God… The result is a concert film to rank with the best.” I made a note to see the film. “It’s enough to make you get religion,” says Bilge Ebiri in Vulture. “Aretha Franklin’s concert doc Amazing Grace is transcendent.” I suspect my understanding of “miracle” and “transcendent” as a believer might be a bit different from the meaning implied by these reviewers but they are onto something that can’t be missed. The music in this film touches on the deeper things that matter most and once touched is both transformative and life giving.

Don’t just watch Amazing Grace. Buy the DVD and watch it more than once.