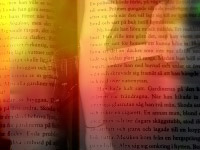 For a long time I found it perplexing that some of the most politically chaotic regions of the world are also places either where Christianity has been strong for some time or is now growing rapidly. Equally perplexing was the fact that the most stable regions in the world are also the most secular. Christianity is enjoying phenomenal growth in many countries in Africa, yet that continent remains mired in political corruption and, given several African nations’ natural resources, wrenchingly unnecessary poverty. The population of Sweden, on the other hand, is generally irreligious, but that country is at peace; it enjoys low crime rates and its political system seems (so far as I know) to be functioning fairly well.

Upon reflection I realized that my perplexity stemmed from a basic confusion. Somewhere along the line I had picked up the idea that Christianity meant political order while irreligion meant disorder. But, at least at this time in history, it seems that that cherished idea is false.

Consider that the New Testament never claims that faith and civic peace will always coexist. Time and again, New Testament writers implore Christians to love one another (John 15:12), to be civil to one another (I Peter 3:11), and so on. The Scriptures remind us that peace and harmony are things that flawed men and women must consciously strive for (Romans 14:19). But never, as I recall, does Jesus promise democracy to the faithful, or hassle-free voter registration for those who give to the poor, or honest courts for those who lay down their lives for others. Rather, Jesus’ own example seems to suggest that if you give to the poor, then you should expect to get kicked in the teeth; that if you strive to be kind, then you should expect to be exploited; and that if you take up the cross, then you should assume that, eventually, someone will nail you to it. “I did not come to bring peace but a sword.” (Matthew 10:34)

In the first instance (antiquity), civic peace and order came to Christians via the Roman Empire, the Pax Romana, a pagan invention that ended up serving Christianity’s purposes. In the second instance (the early modern period), peace and order came to western Christians and, in later years, to their colonial converts via political “rights” (about which the Bible says nothing). Rights-talk and Christianity inhabiting the same culture, the two became intimately associated with one another in westerners’ minds, partly because the notion of rights could not have come into existence without the benefit of the earlier Christian notion of the individual worth of every person (John 3:16).

Of course, a concern for free speech can be grounded in a belief that, since Jesus gave his life for all men and women, every person is of inestimable value. Undoubtedly, the push in the West to create welfare states in the late nineteenth and early twentieth centuries had its roots in general Christian concerns inspired by the Sermon on the Mount (Matthew chapters 5-7). And, at the same time, Paul’s injunction that those who do not work should not eat can be used to support a capitalistic outlook (II Thessalonians 3:10). Indeed, it’s unlikely that either social democracy or capitalism could have been invented outside of a generally Christian culture. But whether democracy and capitalism of a constructive kind (as opposed to the radical libertarian kind) need the Christian Gospel to carry on seems, at the moment, doubtful.

Surely, the inconvenient—e.g., troublesome fetuses and babies, old people and the seriously deformed—will have it hard in the West for years to come. But so long as most westerners want to live peaceful lives (this desire itself serving as an excuse for snuffing the bothersome), then there is little reason to assume that the West will come unglued. Christians might have to face the hard truth that secular society can get along pretty well without them.

Or, to take the opposite tack, perhaps the West is on a slow but sure march toward disintegration and/or tyranny, as many conservatives seem to think. But if that is so, it isn’t clear (as is often said) that a return to Christianity among western peoples can arrest that process. The Second Great Awakening led to abolitionism but also to a more fervent belief among many southern Christians that slavery (a form of tyranny) was good for Africans, as well as for the bottom line. I don’t doubt the seriousness of these southern Christians’ faith. What seems clear, though, is that the political regime they supported was degrading, and its dismal effects linger in the United States to this day.

So, to return to the present: most Christians around the contemporary world inhabit banana republics, third-world disaster areas, and under dictatorial regimes. In some of these countries—e.g., the Philippines and every nation in Latin America (excepting Cuba)—Christianity is the prevailing faith. But that seems to have no bearing on governmental corruption, drug-running, and rampant poverty.