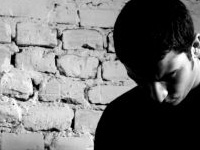 In 1947, the great English poet W. H. Auden wrote a letter to his friend Ursula Niebuhr in which he confessed: “I don’t think I’m over-anxious about the future, though I do quail a bit before the possibility that it will be lonely. When I see you surrounded by family and its problems, I alternate between self-congratulation and bitter envy.” The root of Auden’s fear of loneliness and his envy of the comforts of family is not hard to uncover: Auden was a homosexual Christian. And this dual identity created a tension for him: As a Christian of a relatively traditional sort, he believed homosexuality missed the mark of God’s good design for human flourishing. But as a homosexually oriented person, despite his Christian beliefs, he craved intimacy and companionship with other men. Caught on the horns of a dilemma like that, what was he to do with his loneliness?

Four years before writing to Niebuhr, Auden corresponded with another friend, Elizabeth Mayer. He described to her how he felt inescapably “different” from others because of his preference for same-sex relations: “There are days when the knowledge that there will never be a place which I can call home, that there will never be a person with whom I shall be one flesh, seems more than I can bear.”

I am drawn to these haunting confessions of Auden’s because I, too, am a homosexual Christian. Since puberty, I’ve been conscious of an exclusive attraction to persons of my own sex. Though I have never been in a gay relationship as Auden was, I have also never experienced the “healing” or transformation of my sexual orientation that some formerly gay Christians profess to have received. But I remain a Christian, a follower of Jesus. And, like Auden, I accept the Christian teaching that homosexuality is a tragic sign that things are “not the way they’re supposed to be.” Reading New Testament texts like Romans 1:26-27 and 1 Corinthians 6:9-11 through the lens of time-honored Christian reflection on the meaning and purpose of marriage between a man and a woman, I find myself—much as I might wish things to be otherwise—compelled to abstain from homosexual practice.

As a result, I feel, more often than not, desperately lonely.

In recent years I have made it a point to read as many biographies of homosexual Christians as I can find. (“We read to know we’re not alone,” as the characters in the movie Shadowlands say.) Invariably, they talk about loneliness.

Henri Nouwen, to take one example, the late Catholic priest and popular author on spirituality who was also a celibate gay man, wrote this in one of his last journal entries before his death: “[I have an] inner wound that is so easily touched and starts bleeding again… I don’t think this wound—this immense need for affection, and this immense fear of rejection—will ever go away.”

[Knowing about his homosexuality,] I go back through Nouwen’s writings and sense the deeper, unspoken agony that underlay what he wrote about rejection, about the wound of loneliness that never heals, about friendships that never satisfy…. Nouwen sought counseling from a center that ministered to homosexual men and women, and he listened as gay friends proposed several options. He could remain a celibate priest and “come out” as a gay man, which would at least release the secret he bore in anguish. He could declare himself, leave the priesthood, and seek a gay companion. Or he could remain a priest publicly and develop private gay relationships. Nouwen carefully weighed each course and rejected it. Any public confession of his identity would hurt his ministry, he feared. The last two options seemed impossible for one who had taken a vow of celibacy, and who looked to the Bible and to Rome for guidance on sexual morality. Instead, he decided to keep living with the wound. Again and again, he decided.

Yancey concludes, poignantly: “I know of no more difficult path for a person of integrity to tread.”

The same theme—loneliness—is sounded over and over in the biographies of homosexual Christians I’ve read. Auden’s, Nouwen’s, many others’ I can’t name here—it comes up in all of them. And it is my experience.

Perhaps the greatest unresolved question of my life is, How can I give and receive love, how can I experience intimacy and mutual self-giving commitment, if I am not permitted to marry a person of the gender to which I am attracted?

With every year that passes, I realize more and more that I don’t want to live life on my own. More than anything, I would like to have a life partner. But I keep circling back to the conclusion Nouwen arrived at: fulfilling that desire seems impossible, so long as I continue looking to Scripture to guide my moral choices.

When I quoted earlier from W. H. Auden’s letter to Elizabeth Mayer, I stopped mid-sentence. Here’s the full quotation: “There are days when the knowledge that there will never be a place which I can call home, that there will never be a person with whom I shall be one flesh, seems more than I can bear, and if it wasn’t for you, and a few—how few—like you, I don’t think I could.” Mayer was a supportive friend to Auden, one who helped him bear his loneliness. He felt wouldn’t have been able to endure it otherwise.

I know well-meaning Christians who often remind me, “God’s love for you is better than any love you might find in a human relationship.” While I believe this is true in an ultimate and profound sense, putting it this way seems to set up a false dichotomy. A statement more in sync with the drift of the New Testament might go something like this: “God’s love for us is expressed and experienced mainly through the medium of human relationships.”

Jesus, after all, reminds Peter and his other disciples that in choosing to follow him, they are not asked to give up human community altogether. Although the demands of discipleship may entail putting their commitment to the Kingdom of God ahead of cherished familial ties (see Matthew 10:37-38), Jesus’ disciples also have the assurance of being welcomed into a new family, one knit together not biologically but spiritually (Mark 10:29-30). Similarly, the apostle Paul holds up a model of mutual burden-bearing as the template for Christian living (see Galatians 6:2). “Above all, keep loving one another earnestly,” adds Peter. “Show hospitality to one another” (1 Peter 4:8, 9).

In the subsequent, post-New-Testament era of the Church, whenever Christians took on vocations of celibacy, they did so most often in community—in monastic orders, for example. (Peter Brown’s book The Body and Society tells this story magnificently.) Those committed to a life of sexual abstinence recognized that such a commitment would best be undertaken not in isolation but with others and would be sustained by the rhythms of corporate worship and the mundane tasks of providing for one another’s daily needs.

In light of all this, I would echo Auden’s sentiment: If it weren’t for other people, I don’t think I’d make it. For me to live faithfully before God as a sexually-abstinent homosexual Christian must be to trust that God in Christ can meet me in my loneliness not simply with God’s own love but with God’s love mediated through the human faces and arms of my fellow believers.

When I graduated from college, I had talked with no one else my age about my sexuality. One night shortly after graduation, sitting on the dirty carpeted floor of the bedroom of a dingy bachelor pad in a circle of guy friends, I came so close to breaking down and asking them for help and for prayer. A black light was glowing, incense was burning on a shelf, one of the guys was strumming a guitar, and we were shooting the breeze after a spaghetti dinner. Knees tucked under my chin, I listened as someone brought up the topic of homosexuality. I felt my heart start to pound and my palms grow sweaty. “Have any of you ever had a gay or lesbian friend?” he asked. Another one of the guys, Charlie, said yes, he had had a close friend in college who had wrestled with homosexuality. “He and I would go climbing together and talk about it,” Charlie said. “Mainly I listened. We would get excited when he hadn’t looked at porn for a day or two—or even just for several hours. And we would talk about the grace that God always held out to us because of Jesus.”

As I listened to Charlie describe his relationship with his friend, I heard what seemed to me at that time to be a rare compassion, understanding, and respect in his voice. A few weeks later I decided to take a risk and trust that that same sensitivity might be there for me. After an anxious dinner at an Indian restaurant, I finally blurted out, “Could we talk about something before we head home?”

“Sure,” Charlie said. Did he wonder why my voice was shaking? He pulled off the road, parked his Explorer in an empty lot, and turned off the engine.

“There’s something I’d like you to know about me….” I began weakly. I told him that I knew I was gay. I had known since puberty or soon after and had probably experienced some foretastes of my sexual orientation even as a child. I told him I had prayed for healing. I said I just wanted Christian friends who would be there for me, who would help me figure out how to live with a tension and confusion that felt overwhelming.

We talked that night until we got too cold, then Charlie started the engine again, prayed for me, and drove me back to my apartment. It was the very first time I had shared my deepest secret with a peer, and I felt some relief. The burden of loneliness wasn’t quite so heavy that night as it had been before.

After that, I grew less timid. I began to take chances on my fellow Christians. I shared my story with other people I went to church with and began a process of learning to wrestle with my homosexuality and loneliness in a community. If it weren’t for these few—how few…

In a recent reflection on contemporary society, novelist Marilynne Robinson posed the simple question: “will people shelter and nourish and humanize one another?” Read in light of the Christian Church’s relationship to its gay members, her question takes on an added poignancy. Will the Church shelter and nourish and humanize those who are deeply lonely and struggling desperately to remain faithful?